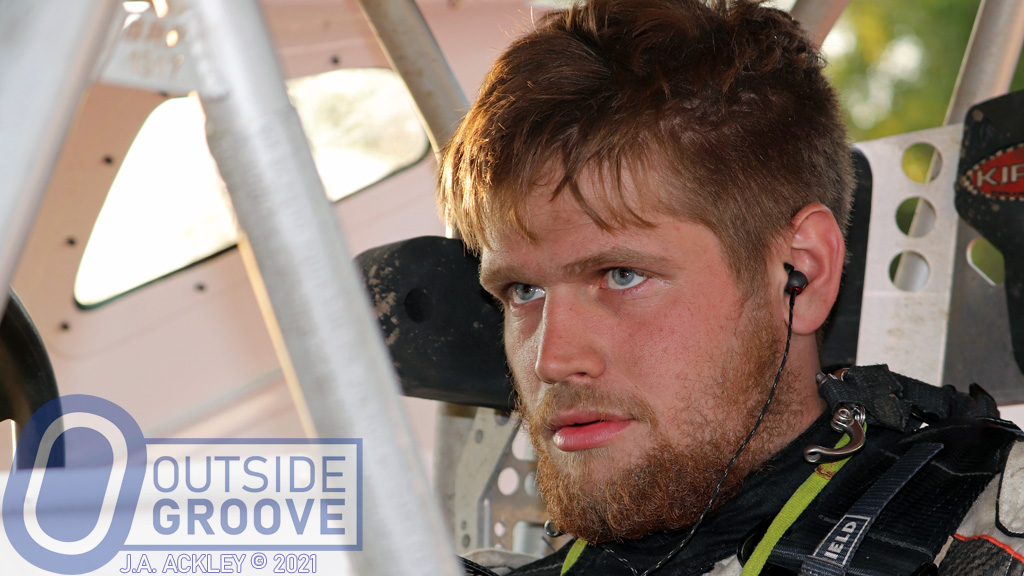 Sportsman modified driver Tyler James understands the value of one’s mind when it comes to racing. As he climbs into his car, James enters into a meditative-like state.

“I tell myself, ‘Be one with the car,’” said James, 21, of Amity Township, Pennsylvania. “When I get in the car, before I put my helmet on, I take four deep breaths, and after that I try not to talk with anybody. I try to focus on what I’m doing — and I try to relax.”

One of the fundamental concepts of the philosophy of Taosim is wu wei, which means non-action or non-doing. Don’t mistake that as sitting idle. Instead, think of it as using the wind to blow your sails on a boat rather than trying to go against it. As with Taoism, James tries to go with the flow to find that razor’s edge of maximum speed.

“I’m learning with these cars that if you start overreacting and overthinking stuff, you’re only going to hurt yourself and the way you’re driving,” James said. “You have to find that happy medium when driving a car. If you go too hard [or] you don’t go hard enough, you’re scrubbing off speed. Stay calm the whole time.”

The consequences of your actions — both positive and negative — don’t only result from just from your on-track moves. What you do in the shop often affects your outcome, too. James found that out the hard way one night at Grandview Speedway in Bechtelsville, Pennsylvania.

“The breather hose for the transmission, the zip tie [holding it] must of the broke,” said James. “[The hose is] metal-braided, and it was grounding out on the starter. It was sparking and my transmission was leaking a little bit, and the fluid on the surface of floor caught on fire.

Luckily, the track crew put out the fire quickly and James incurred minimal damage to his car.

“I’m starting to realize anything you to do to these cars has a reaction at some point in time,” James said. “It may not get you the first week, but it will come around and get you eventually, if you don’t do things right away.”

Regardless of outcome, the former 600cc modified standout is enjoying his rookie season in the sportsman modified class. It provides a mental respite for Tyler James from the stressful atmosphere of the everyday world.

“Once I sit in the seat … I put all my worries and negative thoughts to the side,” said James. “[I] focus on what I’m doing and enjoy the moment. There’s nothing better than a clear mind.”