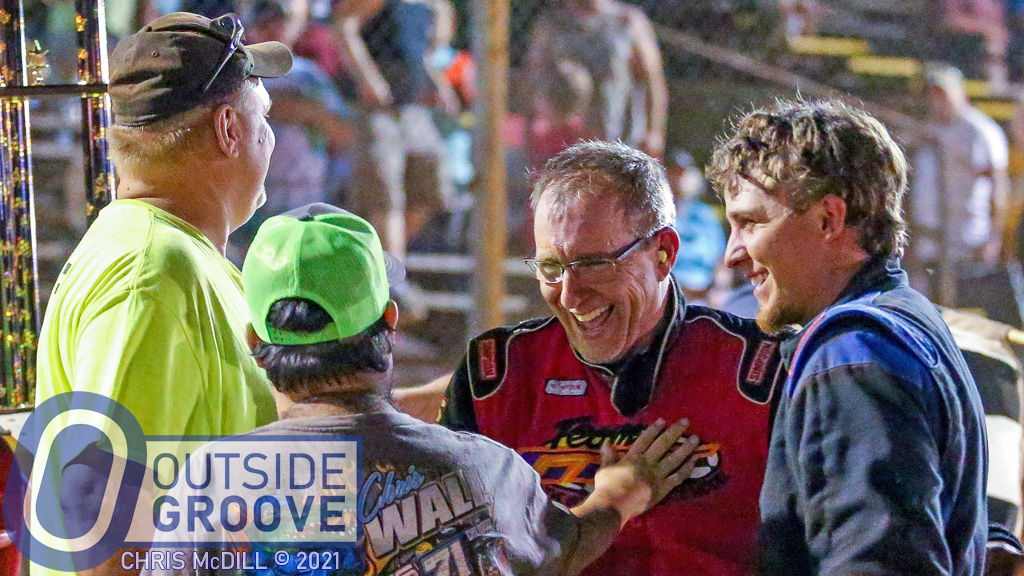 “Eleven years ago, I got a good job — working for a company that cared about me,” said Ashley, the Special Projects Supervisor for Master Vac Industrial Services. “Being blessed with a magnificent job, I didn’t want the added stress of racing. So, the only way to do that was to stay away from racing.”

Although his son, Alex Ashley, and son-in-law, Bennett, both race late models, Ashley continued to stay away from the sport “cold turkey,” as he said. However, this season, racing slid back into the life for the 55-year-old from Zachary, Louisiana.

“I watched Fred Walton, Brady’s uncle, race when I was younger,” Ashley said. “Brady started his race career at the time I left racing. We had no close connection. Donald [Watson] told Brady that the guy he was looking for was just down the road.”

Walton reached out to Ashley.

“[Walton] offered to let me drive the car while he was participating in rodeo with his children,” said Ashley. “I wasn’t positive I wanted to do that. I never wanted to quit racing in the first place — I never lost that feeling to race. He put me into a position where I should say, ‘No.’ Racing late models is something you can’t do part-time. But, I just couldn’t say, ‘No.’”

Ashley has raced Walton’s super late model four times. The car broke down the first two nights. He then finished second last Friday at Baton Rouge Raceway before scoring the victory on Saturday at Pike County Speedway. Ashley was at a loss of words after winning the feature.

“I still can’t describe it,” Ashley said. “It was a blur of 11 years in one aspect; a dream come true in another aspect. Now, people want to give me race cars and sponsor me.”

David Ashley still has that dream job. That remains most important to him.

“Everyone is moving too fast,” said Ashley. “My focus is to help Brady. He has one car and he will be back behind the wheel on Saturday night. I’ll only drive when he has got to go to the rodeo.”