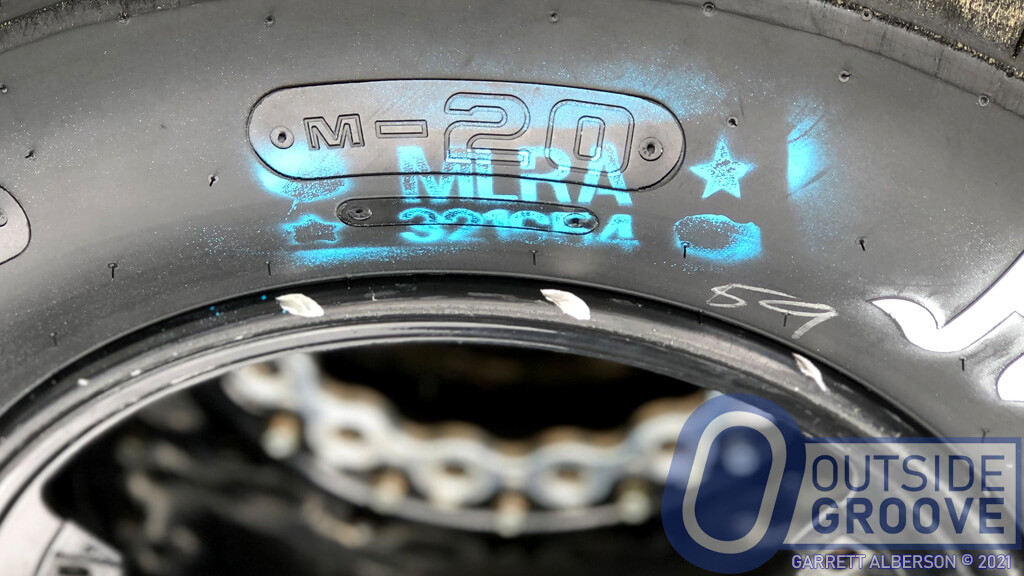 You may have noticed the dirt late models in the Lucas Oil MLRA carry large tire stamps as whirl around the track. The series put the bold tire-marking system into full effect this season.

“You are not the first person to ask why we are stenciling tires this season,” said Lucas Oil MLRA series director Ernie Leftwich. “Fans ask what is going on? We’re pretty busy at the races and often have to offer a brief explanation.”

The series uses colors and stencils unique to each event they put on.

“MLRA is keeping track of tire usage,” Leftwich said of why they stencil tires the way they do. “Some teams put on new tires every race. Others go four races on a set of tires. We’re trying to control spending.”

The series restricts each late model to four tires to run in qualifying (time trials), heats, and the B-main. They allow an addition two rear tires for the feature.

Two officials stencil the tires with tire stamps during pre-tech. In total, the series uses 26 different stencils, each with a different number and date code. They enter the number and code into a database.

As the night goes on, an official checks tires for the marks. They inspect tires as the cars line up for heats, B-mains, and once more for the feature.

If a competitor punctures or chunks out a tire during a heat or B-main, they may install a used tire. The replacement must be of the same compound and an official has to stencil it. If they cannot find a used tire, the racer may opt for a new tire, but they will have to start at the rear of the field.

“In the past, we had some teams throwing three tires on instead of two, so the stencil program was instituted,” said Leftwich. “If we bust someone this season, it will most likely be a racer who is unfamiliar with our policing of tires. The regulars know how strict we are.”