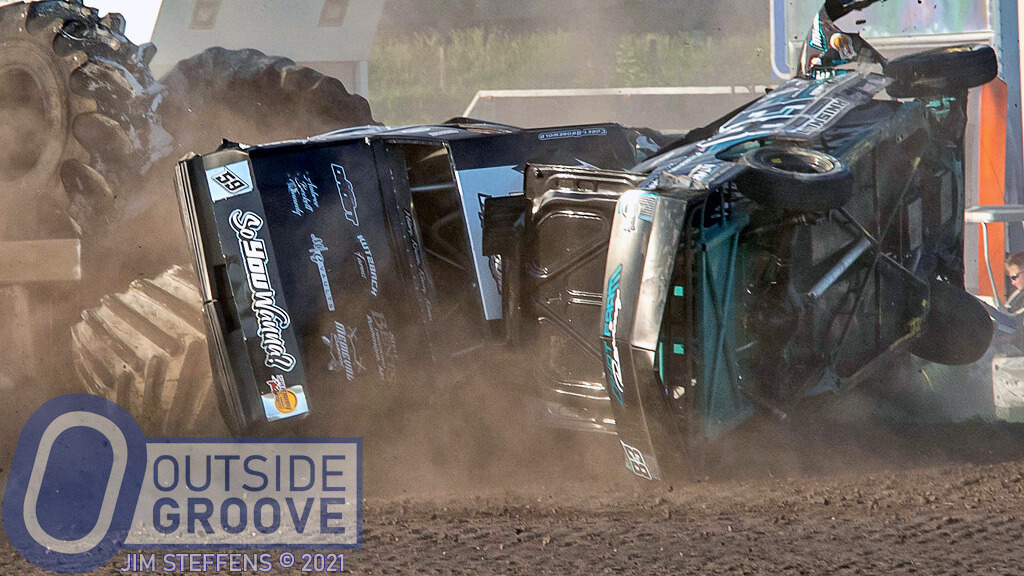 The cars of Corey Gronewold (left) and Kelvan Lansink (right) collided during the IMCA hobby stock heat race at Worthington Speedway in Minnesota.

“We were coming out of turn two onto the backstretch,” Gronewold, of Worthington, Minnesota, said. “I thought I had cleared everyone when my car was tagged in the rear. That caused a ping-pong effect — cars got together and were going everywhere.”

Gronewold has raced hobby stocks for 17 years. Lansink is a rookie in the division.

“It was my third race at Worthington Speedway,” said Lansink, of Primghar, Iowa. “Another car hit mine and [my car] went straight into the wall in front of the track’s work area. In my head, all I could see were the people standing there watching the race. I did not want to hit them. My friends, family, and my girlfriend were standing there.”

Both cars remained on the track. Gronewold’s ride hit a large tractor tire while Lansink’s bounced along the wall.

Both drivers emerged from their cars unhurt.

Gronewold repaired his car in time to run the feature. He replaced both upper A-frames, ball joints, and tie-rod ends. He started 19th and worked his way up to seventh before a broken fan belt ended his night early.

“The chassis is bent,” Lansink said. “We’ll have a bit of work to do. Everything from the doors forward was damaged or destroyed.”