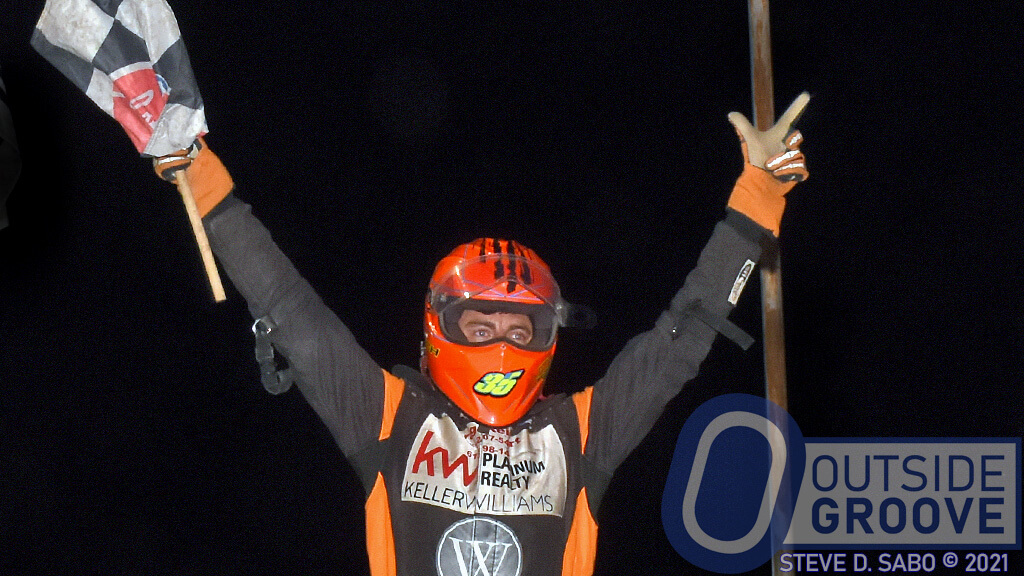 “Slingshots are economical — you don’t have to have a lot of out-of-pocket money to race one,” Hoch, 22, of Mertztown, Pennsylvania, said. “Purses are similar in both the slingshot and sportsman divisions. Tires and fuel are the big-budget items for running a sportsman, making it more expensive [than the slingshot] to race one.”

Hoch earns a living as a full-time production technician at a nearby Mack Trucks assembly plant.

“My sponsors are huge in fielding the sportsman team,” said Hoch, “but any funds I can bring to the team from the slingshot helps us keep going.”

Hoch started racing slingshots when he was 11 years old. His father and a racer in his own right, Lance Hoch, bought him his first car. Hoch’s younger brother, Tyler, 19, also races a slingshot.

“Tyler is a huge help to the sportsman program,” Hoch said. “He’s the tire guy. Him being on top of the tires allows me to concentrate on setup.”

Hoch currently sits second in points for the sportsman modified class at Grandview Speedway. In addition to his three sportsman wins, he has a victory in the 602 sportsman class, too.

“Grandview Speedway is a tough track to get a hold of,” said Hoch. “The corners are tight. I prefer to run where the cars in front of me are not running — that is what you need to do to pass. I set my car up to run top and bottom, so I can pass instead of follow.”

He and his brother have no plans on giving up racing slingshots. Dylan Hoch feels the experience in the slingshots benefits his sportsman modified program in more ways other than financially.

“We have fun racing the slingshots — it makes no sense to stop driving them,” Hoch said. “All that seat time helps. Even bad nights teach you something valuable. It was the slingshots — both the seat time and the money raised — that helped me get to where I am today.”