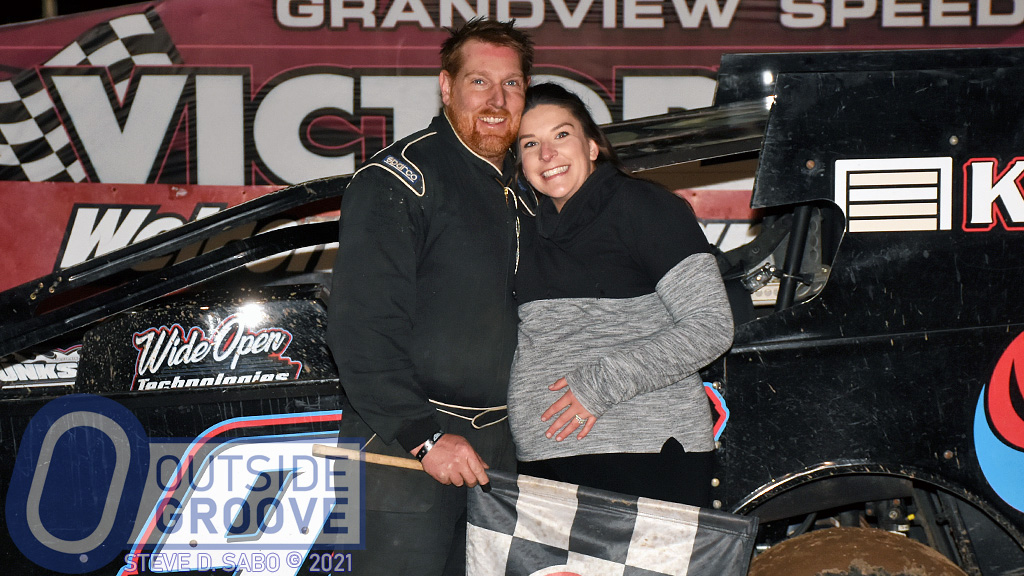 First wins are milestones to remember, but this one seemed extra special for Jesse Landis. He finally punched a ticket to victory lane after first purchasing a sportsman with no prior racing experience in 2015. The triumph occurred in the sportsman class at Grandview Speedway in Bechtelsville, Pennsylvania. However, this night came with some surprises.

Earlier in the night, modified standout Ryan Watt appeared in the pits without a car. He lent a hand to Landis, whose help typically only consists of his father, Ray Landis.

“Ryan is my mentor,” said Landis, 36, of Gilbertsville, Pennsylvania. “He’s the guy I call when I need advice. [When] Bridgeport [Motorsports Park in New Jersey] rained out [and] Delaware [International Speedway in Delmar] rained out, there was Ryan, offering to be on my crew.”

“Ryan saw what I needed to do to be a little faster,” Landis said. “I did exactly what he said. My car was a little too tight, and it had too much forward drive. We adjusted it to help the car rotate and become more driveable.”

Jesse Landis started the feature seventh. He took the lead on lap 23 of the 25-lap main event. Back at home, his pregnant wife, Ana, watched the feature. When she saw her husband have a shot at the win, Ana jumped into her car and rushed to the track. She made it in time to see him take both the white and checkered flags.

“[Ana] being there was a big surprise,” said Landis. “She was more thrilled and excited than I was. She’s been here since the start of it all. She saw every consi and B-main that I didn’t qualify for the feature in.”

Landis’ face lit up when he saw his wife run into victory lane.

“The hug and kiss from Ana meant more to me than anything,” Landis said. “It was the best reward for six years of trying.”