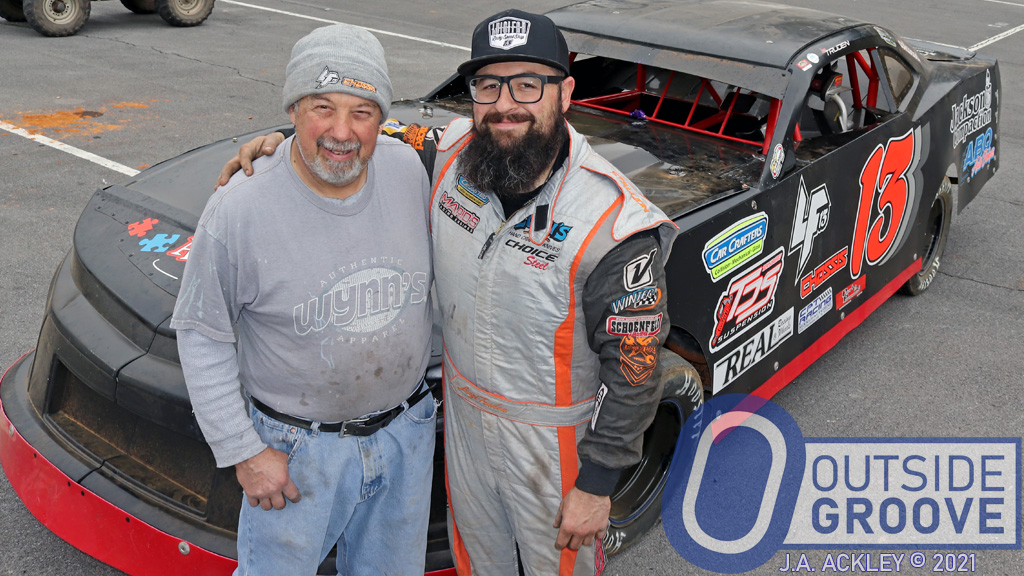 Stock car racer Luigi Truden and his father, Mario Truden, proudly campaign cars they built themselves. Their penchant for doing their own work stems from Luigi’s grandfather and Mario’s father, the late Luigi Truden.

“My grandfather always told me, ‘If you can make it with your hands, your time is free to you, so you don’t have to pay for anything,’” said Luigi, of Rio Rancho, New Mexico.

Luigi and his father work as a team in crafting race cars.

“[My father] takes care of the motor stuff,” Luigi said. “He builds all the [Ford nine-inch] rear end gears. He’s retired — he just turned 63 years old — but he went back to work in a machine shop. He has built all my motors since I was a kid [racing go-karts]. He’s always been my ace in my pocket for having good horsepower.”

Luigi does just about everything else — setups, fabrication, and even engineering.

“I reverse-engineer a lot,” said Luigi, who does not possess a formal degree in engineering. “I’ll build [a part] and see if it works. Then, I’ll put it in CAD and tweak it, so I can see my pressure points, what material thickness I can use, and try to make it as efficient as possible.”

During the day, Luigi works on the heavy hits at the body shop Car Crafters. At night and on the weekends, Luigi puts his talents to work at his business Luigifab LF13. He said he works with a small clientele, focusing on quality over quantity. Like with everything else, he built his operation from the ground up, including the actual 30-foot by 50-foot shop in his backyard.

“My and one other guy [a contractor friend], it took us five weekends and we built the whole shop,” Luigi said. “It’s nice to walk 30 feet to the shop and not [drive] 30 minutes. I have a lift … I have a full-frame jig, so every car that comes off the jig are the same.”

“[Dirt late model driver] Mike Marlar said, ‘I don’t have the money to do it twice, so I make sure I do my research to do it once,’” Luigi said. “Doing research is free, but having to pay [for a mistake often] costs a lot.”