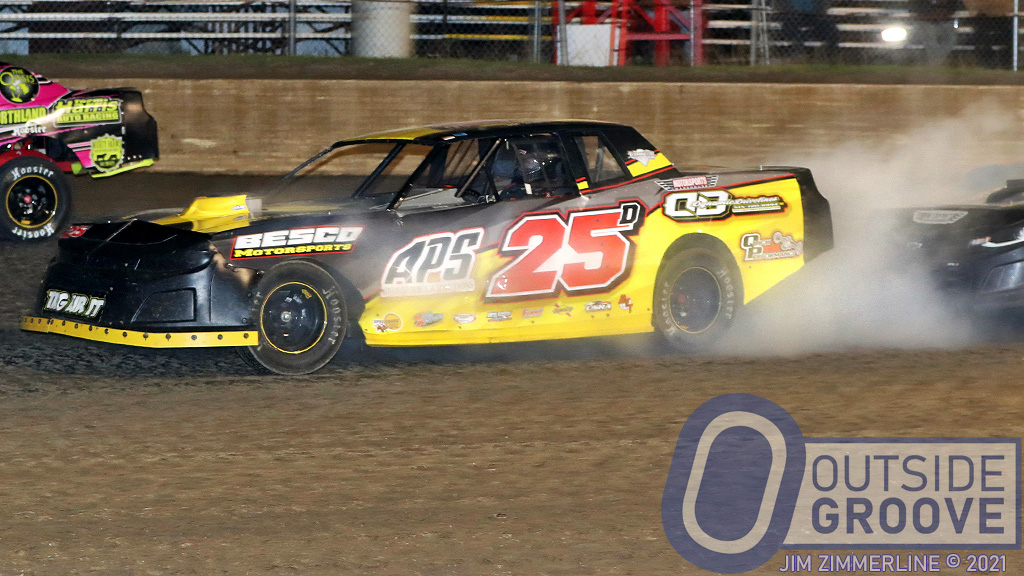 Bob Daniels races with an old adage in the back of his mind: “There are two kinds of race engines — those that have blown up and those that are going to.” That statement went from the latter to the former at the most inopportune time.

On Wednesday, Daniels held firm command of the IMCA stock car feature at Stuart International Speedway in Iowa. That is until his engine blew with three laps to go, producing a spectacular smoke show for spectators and competitors alike.

“Something let go on the bottom end of the engine,” said Daniels, a 25-year racing veteran from Des Moines, Iowa. “I’d rather have that happen while being competitive than in the back of the field.”

“Dallon was on my bumper the whole way — he won,” Daniels said. “His dad got my oil on his tires and struggled on the restart.”

For its stock car division, IMCA limits GM engines running on a 500-cfm carburetor to a maximum 361-cid displacement and a 10.5:1 compression ratio. Racers can use only stock or stock-appearing crankshafts and connecting rods.

“The engine that blew up was my spare — the same one I raced with last season — and it hadn’t been freshened,” said Daniels. “I was putting the final touches on my new engine. It wasn’t ready and I didn’t want to miss opening night.”

The Daniels shop will work at fever pitch the next few days. As Bob Daniels, an HVAC installer by day, swaps engines, his sons Bobby, 17, and Lucas, 14, will prepare their mod lites. The kids will race them at a pair of Iowa tracks: Mason City Motor Speedway and at Stuart.

“We’ll have that new engine ready to go,” Daniels said. “We won’t miss a night of racing.”