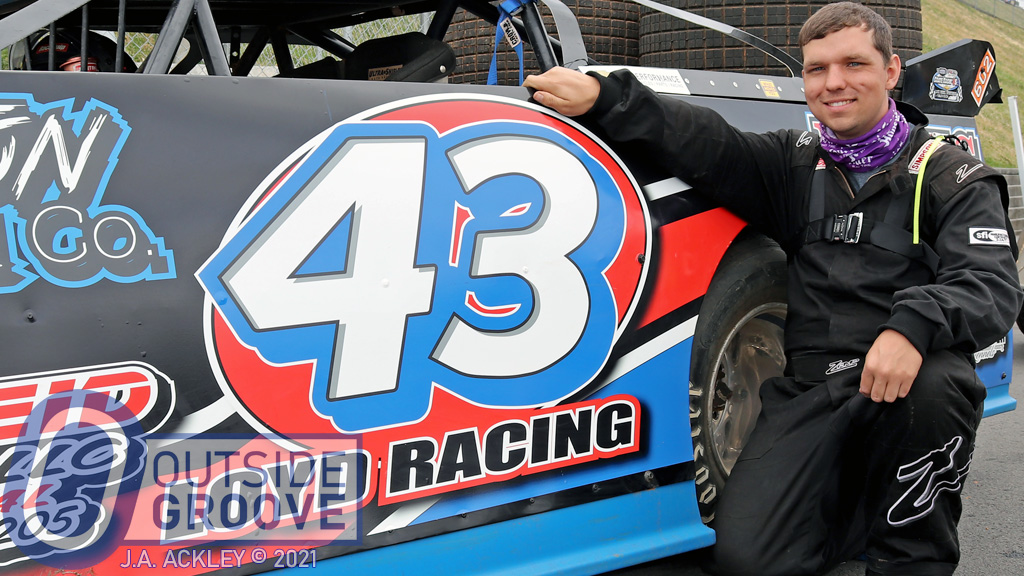 Garrett Loyd had never seen Richard Petty race during his lifetime. He missed that opportunity by nearly five years after Petty’s final NASCAR Cup Series start. Yet, on Loyd’s dirt late model sportsman, he proudly carries the number Petty made famous as a seven-time Cup champion.

Loyd’s interest in the No. 43 didn’t initially stem from the driver dubbed the “King.” Instead, it started around the age of five, when Loyd had a chance encounter with a show car.

“At the time, John Andretti ran the No. 43 Cheerios car,” said Loyd, 24, of Centre, Alabama. “Red Lobster was an associate sponsor, and my mom worked there. [During] NASCAR Talladega weekend, they brought [the show car] to Red Lobster. That’s where my love for the No. 43 started. I loved the Cheerios paint scheme. As I grew up, I learned about Richard Petty, and I admire the success he had.”

Loyd’s father, Greg Loyd, raced, too. Instead of racing Petty’s number, the elder Loyd ran 28 on his mini stocks in honor of Alabama’s native son in the Cup Series, the late Davey Allison.

“It’s more of a divide than it used to be,” Loyd said. “I remember, maybe 10 years ago, when NASCAR would come to town, at least five to seven [NASCAR racers] would come over to the dirt track and drive late models. I thought that was the coolest thing.”

“I applaud NASCAR and Bristol for putting the dirt on it, bringing it a little bit closer to local fans,” said Loyd.

Regardless, Garrett Loyd still holds Petty in high regard. In March, Loyd got a taste of racing on Bristol’s dirt, steering his car in the 602 late model class during the Bristol Dirt Nationals.

“When I pulled down into the infield, my eyes lit up. It was wild. Then, to see to see [the NASCAR Cup Series] turning slower lap times than I was turning, I was like, ‘Hey, I did that, and I was quicker.’ It was a surreal feeling.”