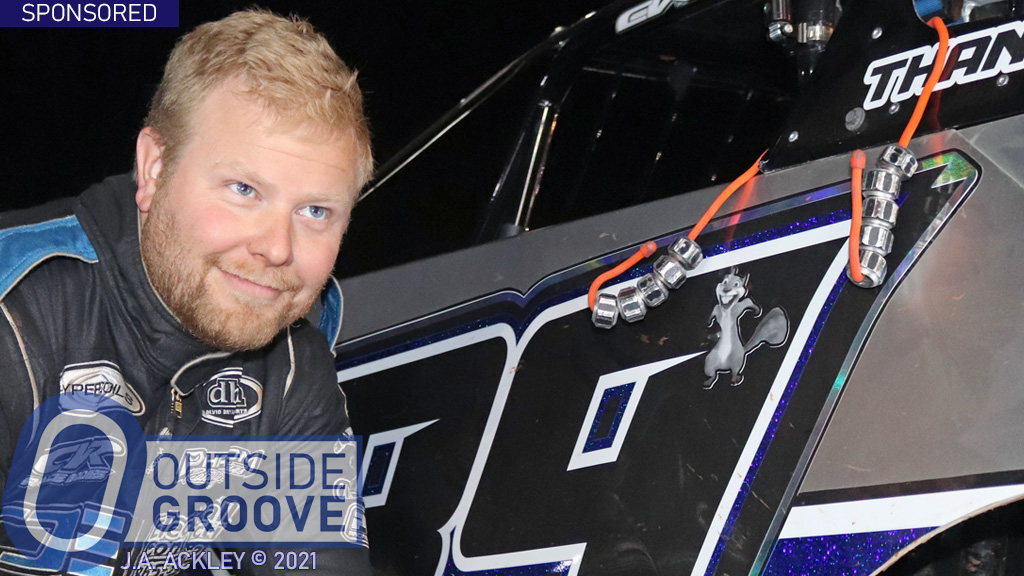 Brandon Miller no longer worries about frantically searching for lost nuts. As Hammy (the squirrel on Miller’s car) said in the movie, “Over the Hedge,” “Look, look, I found my nuts!” With his lug nuts stowed away on Nite Ize gear ties, Miller has more time to study the track. That contributed to his American All-Star Series’ Rocky Top Rumble 40 win at Mountain View Raceway in Spring City, Tennessee.

The eagle-eyed Miller found the solution to his missing lug-nut woes while viewing the broadcast of the Wild West Shootout at Arizona Speedway in Queen Creek.

“We were watching an interview with [Oakwood, Illinois, dirt late model driver] Bobby Pierce, and noticed they had the ties around the sail panels [of his car] holding lug nuts,” Miller, 31, of Maryville, Tennessee, said. “It was a quick glance. I stopped the video, hit rewind, and paused it. I was like, ‘Man, that’s a great idea.’”

Miller bought a pair of Nite Ize gear ties for less than $5 from The Home Depot. That small expenditure equates to significant savings. A 20-pack of aluminum lug nuts from a retailer such as Pit Stop USA sells for $34.99. If Miller saves three lug nuts, he makes his money back.

“Half the time when you take the tires off, you get it up on the lift and then somebody moves something,” said Miller. “The lug nuts roll behind the seat, on the floorboard, or elsewhere. We lose a ton of lug nuts a year by not even wearing them out.”

In addition to the money savings, the gear ties save time, too.

“When you’re between qualifying and heat races, everyone is thrashing, getting tires off and grinding them,” Miller said. “I don’t have to search around [for lug nuts]. Even though they’re black, the lug nuts blend in with the gravel, and you’ll spend 20 minutes trying to find one lug nut if you don’t have spares. If it gets behind the seat, you got to flip the smallest person on their head to find it.”

“You can keep up with the racetrack [changes] better, instead of focusing on the small things,” said Miller. “Most teams went the wrong way. I’m sure [the other drivers] just went up, saw the track looked wet, and freed up [their cars]. If you had more time, like I did, you could slow down and watch the racetrack [over the course of the night], and anticipate what’s going on. We actually tightened up [the car] all night.”

Brandon Miller led the Rocky Top Rumble 40 from green to checker. He hopes to continue his success at the next American All-Star Series race this Friday, April 9, at Tri-County Race Track in Brasstown, North Carolina.