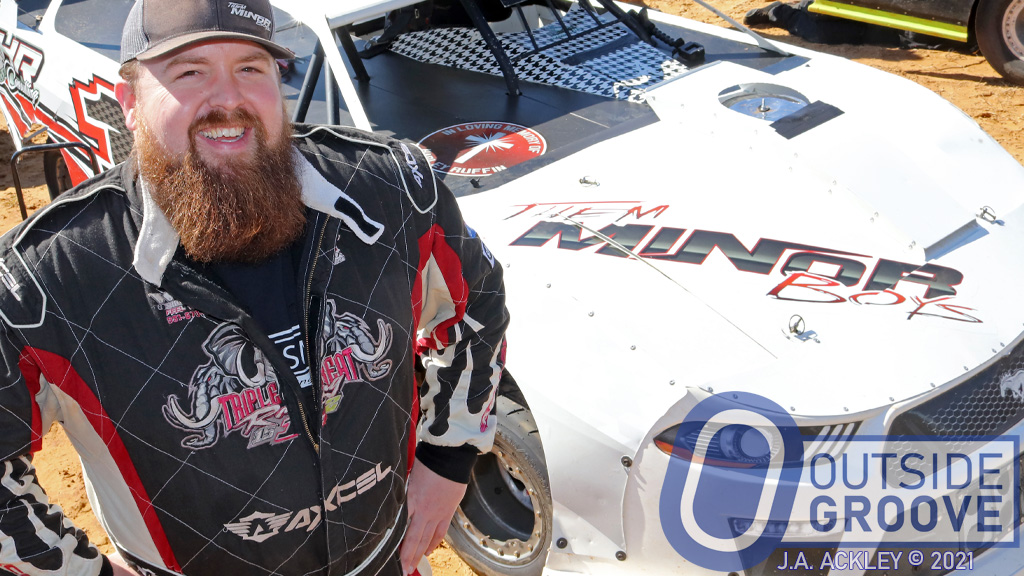 A Way to Expand Racing’s Reach

Bo and Heath primarily race street stocks in the Mississippi Street Stock Series and events sanctioned by Crate Racin’ USA. With their mini stocks, they compete with their father, Mike, often racing in the Kajun Mini Stock Association (KMSA).

The Minors’ YouTube videos do not feature wild, over-the-top — and often staged — antics that you typically find in a reality TV show. Instead, the Minors focus on presenting an authentic take on what it’s like to race. The clips show on-track action, commentary, and work in the shop and the pits. They use a GoPro cameras and a newer iPhone to capture the action. Most often Heath edits the clips in iMovie, although Bo does on occasion, too.

YouTube watchers seem to enjoy their work. In less than a year, 4,700 users subscribed to the Them Minor Boys channel.

“It’s crazy how many people come up to us and say they’re a big fan and watch the channel,” said Bo, of Tuscaloosa, Alabama. “We had a family come up to us this past weekend, and they had two little boys, and get pictures and we signed some hats for them. It’s keeping the younger generation involved in [racing].”

As with the vast majority who compete in the sport, the Minors do not race for a living. Bo works with his father in the family auto repair shop. Heath is a physical therapy assistant. In addition to their discretionary incomes, they rely on sponsorship as well as some merchandise sales to fund their racing operation. The YouTube channel drives both, according to Bo. He added that the medium connects with today’s kids.

YouTube also pays its content generators who develop a significant audience and run the platform’s ads. Minor said he receives monthly revenue that covers anywhere from a couple of tires to a set. Sometimes, that comes indirectly from YouTube, too. Bo experienced that first-hand last August during the Southern Street Stock Nationals at Whynot Motorsports Park in Meridian, Mississippi.

“I had a guy message me, … ‘My son and I would like to come and hang out with you [the Southern Street Stock Nationals] weekend and help you out,’” said Bo. “I didn’t know this man from Adam. It was a three-day event. The first two days out we hung out and they helped out. On Saturday, he gave me $500 for a brand-new set of tires to run the feature on. That was something I wasn’t prepared for. We ended up running third.”

The greatest impact that the Them Minor Boys YouTube channel may not be the money and fans they earn from YouTube. Instead, the channel achieves one of the few things that short-track racing desperately yearns for — bringing new, enthusiastic fans into the sport.

Them Minor Boys latest video, with coverage from the Bama Brawl at Fort Payne Motor Speedway in Fyffe, Alabama.