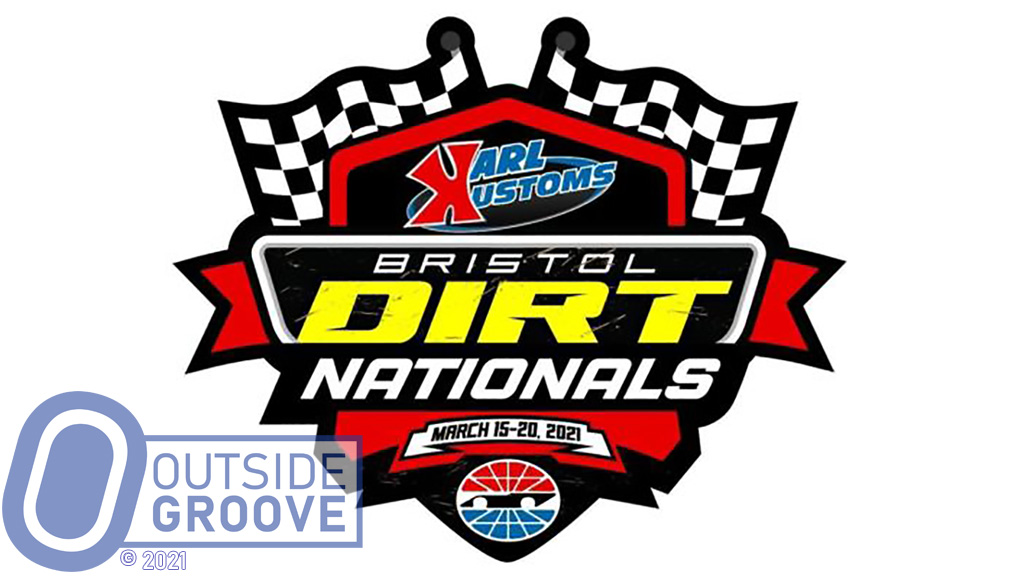 A handful of drivers turned the first laps on the new dirt surface at Bristol Motor Speedway. Among those included late model driver Kyle Strickler and modified and stock car driver Kyle Brown.

“Even for where I am at in my racing career, it was amazing to walk into the infield, see a dirt track, and look up at grandstands as high as the eye can see,” said Kyle Strickler, of Mooresville, North Carolina. “The place is extremely special to me. There is nothing to compare to taking laps around the track — it truly is a coliseum.”

Bristol flattened the banking from the pavement track (24 to 30 degrees) to 19 degrees for the dirt track. Despite that, Strickler said the track still remained fast.

“I used every bit of that horsepower,” Strickler said. “There was a lot of grip in that clay. I ran wide-open, as fast as the car would go.”

Strickler thought he would experience higher load rates on the right-front.

“The track plants the whole car in the turn rather than slamming down hard on the right-front corner [when entering a turn],” said Strickler. “The car made a much more gradual transition than it would have at Tazewell [Speedway in Tennessee] or Volusia [Speedway Park in De Leon Springs, Florida]. G-forces at Bristol pulled on the entire car.”

Strickler said track will test engines more than the suspensions. However, the biggest component challenged may be that one behind the steering wheel.

“Most competitors won’t be used to the speed — you don’t sense it until it is time to stop,” Strickler said. “A driver’s reaction time will be shorter than normal. If there is a wreck, it could tear up a lot of equipment.”

Brown echoed Strickler’s concerns about how fast Bristol is.

“It may be intimidating to some drivers when they first walk into the track,” said Brown, of Madrid, Iowa. “If you are a grassroots racer, it will be the fastest track you ever raced on. The late model drivers are used to breathtaking speed. It freaks you out, but after a few laps you settle in. Once you start racing, it’s a blast. You don’t notice the speed.”

And that’s what concerns Brown.

“Anyone going to Bristol to drive needs to work on their safety equipment,” Brown said. “The track has mandated full-containment seats, an SFI window net, and head-and-neck restraints. Double-check your belts, helmet, fire suit, shoes, and gloves. Everything should be in top condition.”

Brown recommended to those planning on racing at Bristol to bring extra gears and springs for a track unlike what most short-track racers have experienced.

“Bring the tallest gears you have,” said Brown. “You’ll need gear ratios 20 to 30 points taller than what you normally use on a half-mile like Knoxville Raceway [in Iowa]. You’ll be pulling so many Gs that your car doesn’t have to slow down. It actually feels like you are speeding up in the corners.”

Other than gear and springs, Brown said racers shouldn’t have to change setups drastically.

“Use the baseline of what always works for you and go from there,” Brown said. “You’re going to need a little more spring rate than you normally do because the car is seeing so much load.”

Like most dirt tracks, Brown anticipates the surface changing over the course of events.

“We don’t know how much grip we will lose as the track starts to slow down and get slick,” said Brown. “The question is if and how the banking will help cars maintain grip as the track changes.”