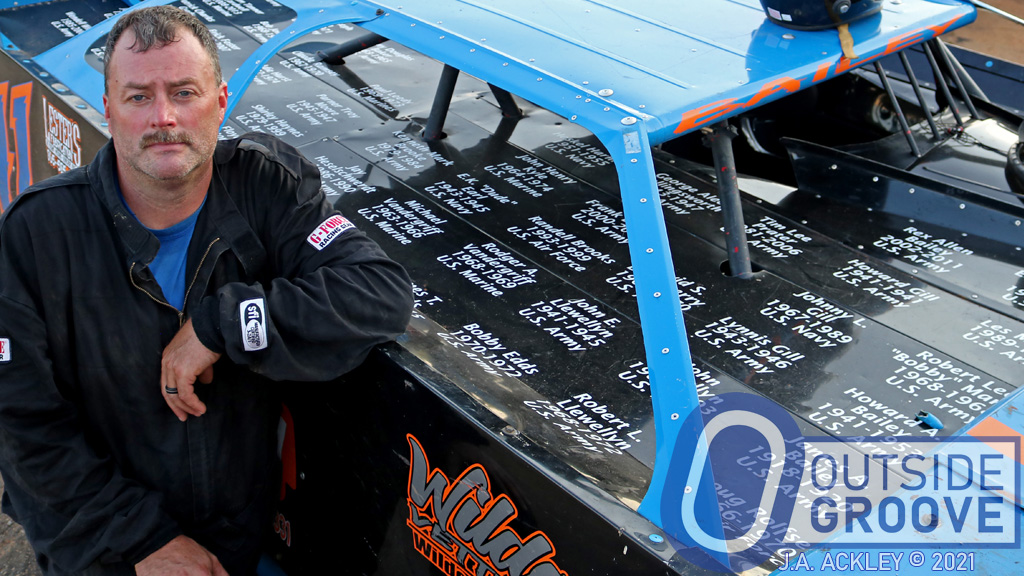 Throughout his racing career, Richard Bailey has carried paint schemes on his cars honoring the United States Armed Forces. When Blake Foster, of Rock Springs, Georgia, raffled off his 602 late model to raise funds for the Special Operators Transition Foundation (formerly “Your Grateful Nation”), that caught Bailey’s attention.

Bailey had participated in a variety of motorsports — from go-karts, to four-wheelers, to street stocks, to late models. In his return to full-time stock car racing, Bailey decided to once again pay tribute to those who serve their country.

“I was never in the military myself,” Bailey said. “I’ve always been behind the military and supported them in any way I can.”

Bailey asked his Facebook friends to send him names of those who served, so he could honor them on his car. He also added members of his family and friends.

Throughout the year Bailey’s 19-year-old son, Kyle, helped him with his car. The experience sparked Kyle’s interest in getting behind the wheel.

“My son came to me this past December, wanting to talk about racing [a car],” Bailey said. “So, I traded the late model for some go-karts so my son can start racing.”

Kyle will become the third generation of racers in the Bailey family. The father and son plan to race karts together until Kyle gets up to speed.

“I’m going to ride with him to [give him] some pointers [about racing],” Richard Bailey said. “[Then,] I’m going to step to the side to make sure he got what he needs to go racing and enjoy dirt-track racing like I have.”