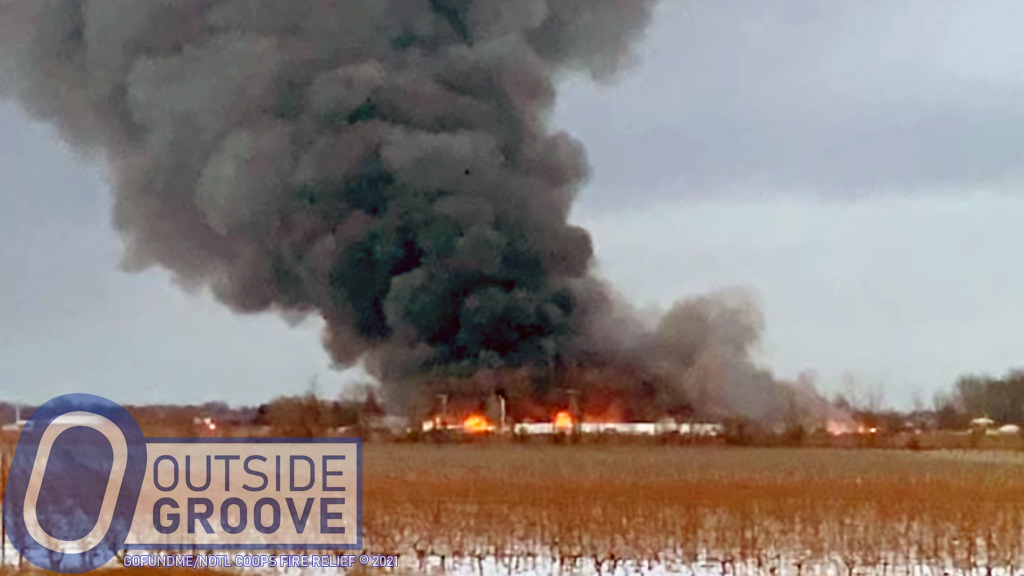 On Tuesday, a massive fire in Niagara-on-the-Lake, Ontario, Canada, raged through a complex that included several race shops. It most likely consumed nearly two dozen race cars that compete at dirt ovals in South Eastern Ontario and Western New York.

“We saw black smoke in the sky just after 2 p.m. and the phone started ringing,” said Dave Lane, whose housed his team in the complex. “The temperature was –12°C [10°F]. When we arrived, it looked like the firefighters had the fire contained near the office area of the main building. Then, the winds picked up.”

That wind helped rapidly spread the fire through the complex of repurposed chicken barns. More than 60 firefighters, five pumpers, several tanks, and two aerial ladders responded. As of Wednesday evening, the scene was still active and tenants were not allowed to assess their damages.

“We lost everything, and officials won’t even let us down to the scene to see if we could salvage our tools,” Lane said.

Lane housed three cars at the complex. His son, Cameron, 17, had a brand-new Bicknell Racing Products chassis and son, Colton, 16, had a new Camaro street stock built by Concept 1 Fabrication, which was also headquartered in the same complex.

Don Spiece, owner of nearby Merrittville Spedway in Thorold, called his racers several times on Wednesday offering words of support.

“This is sickening — I can’t imagine what they are going through,” said Spiece.

Several people set up GoFundMe pages to assist those affected by the Niagara-on-the-Lake fire.

“We had hope for the new year,” Lane said. “We were all ready and excited to race again. We will make it back from this — but maybe not this year. We’re not just talking race cars, we’re talking tons and tons of parts that took years to accumulate.”