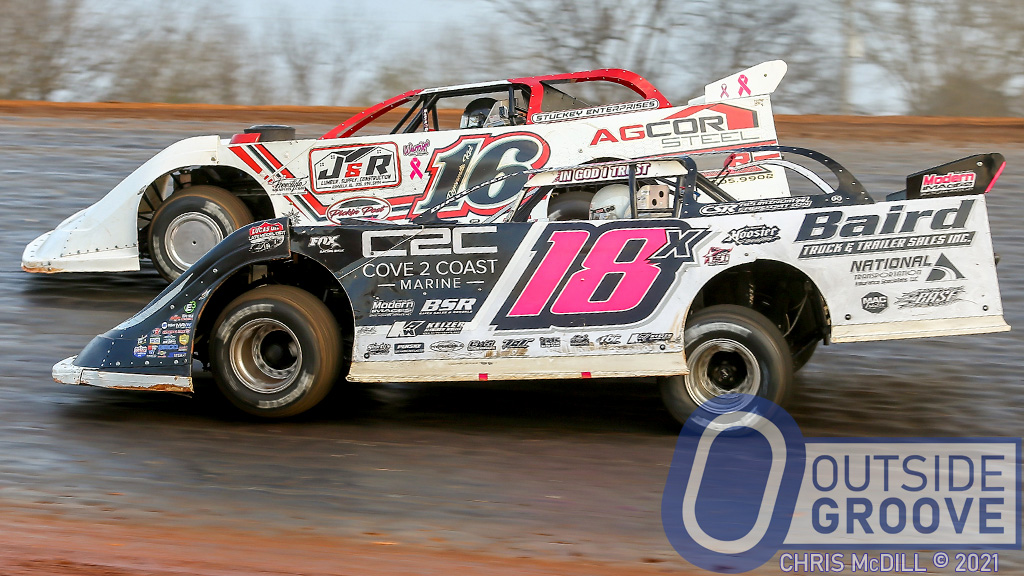 No one knows Ice Bowl victory lane better than Michael Page (18x). For the fifth straight year, Page won the super late model portion of the storied event at the Talladega Short Track in Eastaboga, Alabama. The last four years he used a 2016 Stinger Race Cars chassis. For the last three, the same 438-cid Roush Yates RY45 engine from Durham Racing Engines motored him to victory.

“It has been a good car,” said Page, of Douglasville, Georgia. “With good maintenance you can get several years out of a well-built chassis. I’ve wrecked it a few times, but nothing that would hurt it. It was bolt-on parts that were damaged.”

“With proper maintenance, an older car can be just as good as a new one,” Page said. “You have to check the welds for cracks. You also have to make sure nothing changes in the chassis’ measurements. They call it ‘flexing out,’ when a chassis develops cracks — that’s when you retire a car. The Stinger we won with has never had a crack.”

In addition to logging the miles on his chassis, Page has 2,400 laps on his engine.

“[The engine] has never been freshened, not even once,” said Page. “We use Schaeffer’s Oil, and I change the valve springs when they hit 1,000 laps. I’m going to have [the engine] freshened for the first time after winning this race.”

“It was crazy that I won,” Page said. “I sat in the car [before the race] and said to myself, ‘No way I can win this again — something will go wrong, as it often does in racing.’”

Some say you can’t do much about luck. However, others says luck is merely where preparation meets opportunity. Michael Page certainly proves the latter.