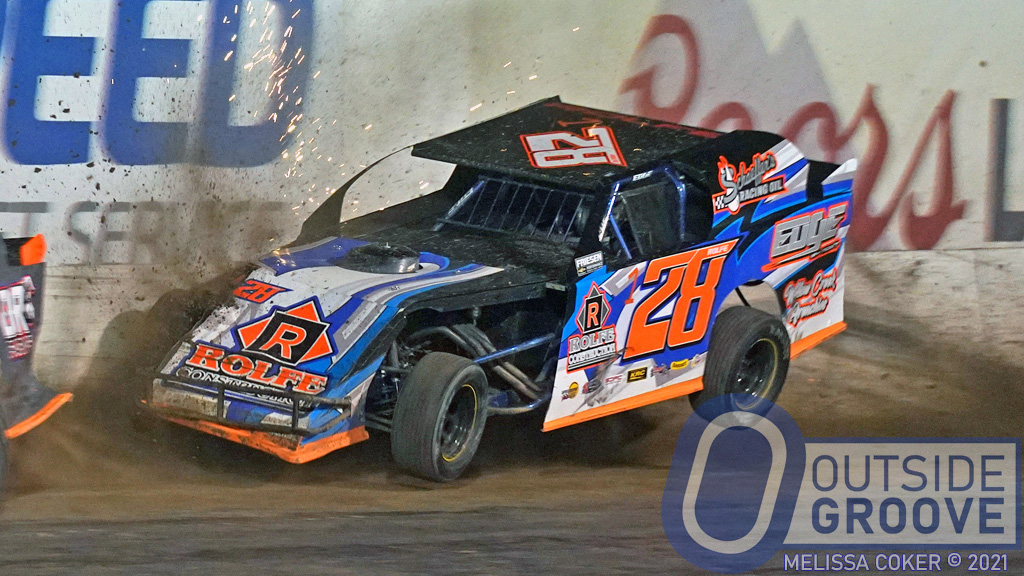 Josh Most fought gremlins as he wrestled a sport mod during the IMCA.TV Winter Nationals at Cocopah Speedway in Somerton, Arizona. His battle took him into the backstretch wall during the Friday-night feature. The night before, he won the race.

“On TV [during Friday’s feature], the car looks like it has ground speed,” Most, of Red Oak, Iowa, said. “But, the engine is missing. You can hear it if you are in the car or on the infield.”

Most changed spark plugs, swapped distributors, and installed new ignition wires. The Chevrolet 602 crate engine still bogged down when it pulled hard on a hooked-up surface.

“The spark plugs look like they ran 30 nights — fuel is not being burned,” said Most. “Everyone has been good in helping us with parts. We spent about $3,000 at the parts truck, but we still have not figured it out.”

Most won on Thursday, but finished 17th on Wednesday and Friday, and 23rd on Saturday.

Josh Most owns Edge Chassis by Most. He initially planned to go to Cocopah Speedway to provide support for customer Nathan Rolfe, of Atwater, California. Rolfe had flipped his car in the fall. Most flew to California to repair the damaged car, replacing the rear clip and straightening the chassis’ frame horns at Terry Henry’s Raceprep in Bakersfield.

With the chassis back to spec, Rolfe invited Most to race his car at Cocopah Speedway for the IMCA.TV Winter Nationals. The track hosts a practice night this Wednesday, where Most hopes to solve his engine issues. If they can’t find the problem, Most plans to swap in a different engine for this weekend.

“To pick off that one win gives up hope,” Most said. “I see racing as being like fishing. Some days you are out all day and you don’t catch anything.”