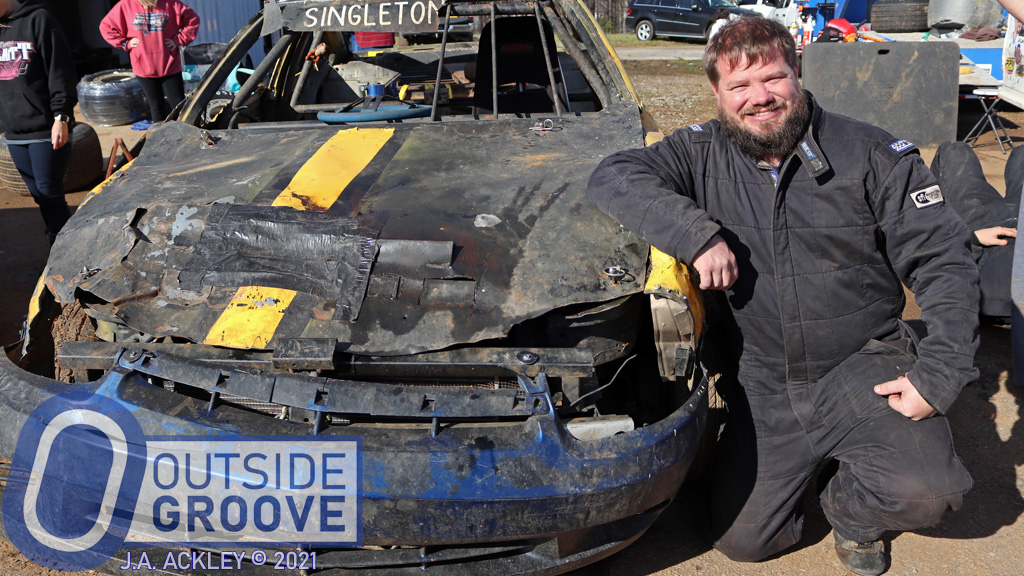 Front-wheel-drive racer Anthony Singleton campaigns this 2005 Chevrolet Cavalier at tracks near his Loudon, Tennessee, home. The car — dubbed “Big Bird” for the yellow that adorns most of the car — proves that good cars keep on ticking, despite incurring a few battle scars.

“It still runs,” Singleton said. “It’s still competitive. It’s still good. It may not look the best … but I don’t go to the races to win the beauty contest.”

Singleton said the car first hit the racetrack about nine years ago. The Singleton family has owned it since 2018, with Anthony’s brothers, David and Chris, taking turns in it. Chris won a championship with Big Bird at Tennessee’s Wartburg Speedway in 2019. Anthony scored two wins with it this past season at I-75 Raceway in Sweetwater, Tennessee.

“It’s been two months since I flipped it at I-75,” said Singleton. “I raced it the very next weekend … and finished third.”

Despite ignoring the car’s body, Singleton pays close attention to what he feels matters most — its mechanical setup. For example, he’ll measure from front to back, center of one hub to the other. If the left and right sides don’t measure the same, then something’s bent.

Singleton intends to frequent I-75 Raceway once again in 2021, but also plans to take Big Bird on migrations to other tracks. He hopes to continue to turn heads with his performance in the car.

“When I went to East Alabama [Motor Speedway in Phenix City], they were like, ‘Man, I can’t believe that thing goes around the track as fast as it does,’” said Singleton.

The rough looks of Big Bird also offer another advantage.

“Some them who race in my class … if you get close to them, they’ll move away from it,” Singleton said. “They’re worried about their car and the way it looks.”

Anthony Singleton is in the process of building another 2005 Chevrolet Cavalier. Eventually, Big Bird will see the day when it rides into the sunset. However, until that time comes, the iconic car remains Singleton’s go-to car.

“It would take the front end getting so bent that it wouldn’t be worth it to fix it,” said Singleton of the day Big Bird bites the dust. “It’s become more sentimental to me than any [other car] that I’ve had.”