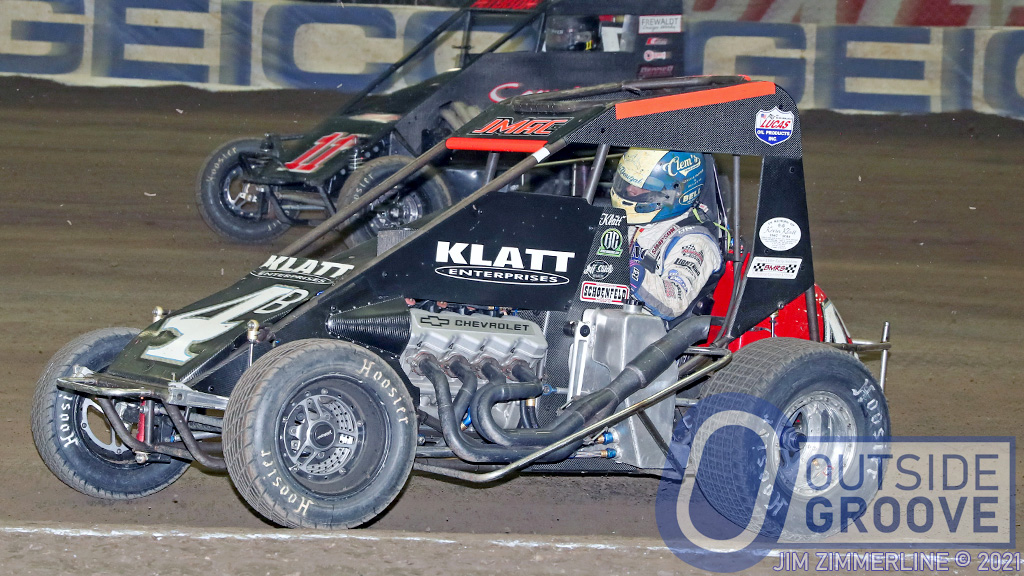 Undeterred by starting in the I-main at the Lucas Oil Chili Bowl Nationals in Tulsa, Oklahoma, Jason McDougal made a run for the A. As he transferred from one main to the next, he tied a 16-year-old record, held by J.J. Yeley, for moving through the most features of the “Alphabet Soup.” Then, his run to the big show ended.

It came during the D-main, the midget of Ryan Bernal, of Hollister, California, hit McDougal’s, causing McDougal to spin out. Bernal received the black flag for his actions.

The crowd booed Bernal for ending McDougal’s incredible run. However, when McDougal emerged from his car, he was greeted with a thunderous roar from the grandstands.

“I may have moved away, but I’ll always be from Broken Arrow [Oklahoma],” said McDougal, who now resides in Brownsburg, Indiana. “The sound was like the whole building was cheering for me. The crowd at the Chili Bowl always supports the locals. They’ve always had my back.”

“Midgets are fun to drive — more fun than any other type of race cars,” McDougal said. “The power-to-weight ratio is incredible. You can manhandle a midget — it’s both wide and powerful.”

While last year Jason McDougal made the Chili Bowl A-main, finishing 17th, he earned more attention this year with his incredible run through the Alphabet Soup.

“You have to do something spectacular or you are not going to be remembered,” said McDougal.