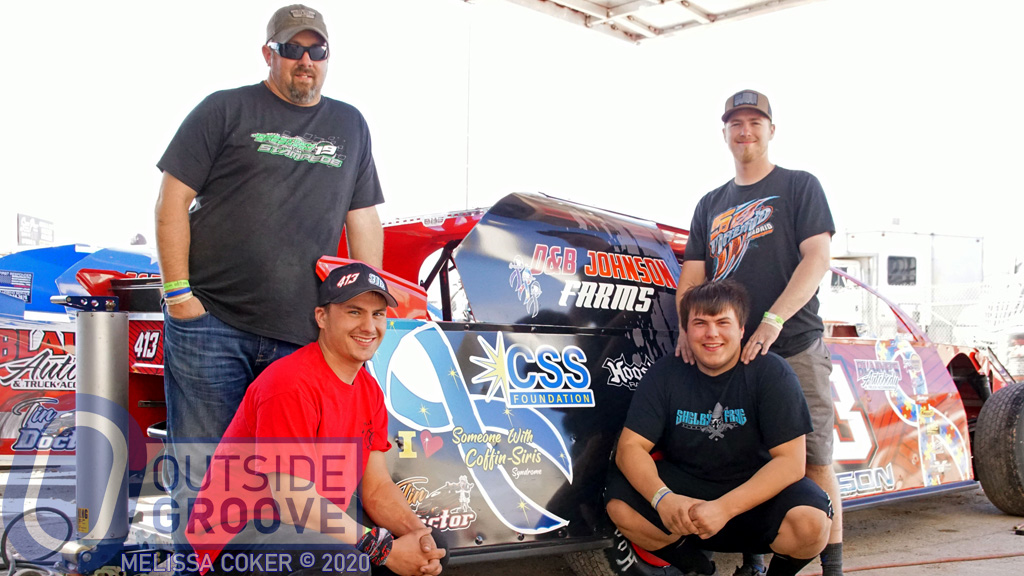 IMCA sport mod drivers Kelly Henderson (standing, left), Brandyn Johnson (left), Chase Alves (standing, right), and Tate Johnson (right) will race for more than a trophy and a winner’s check at the Duel in the Desert. Event promoters decided to revamp the best appearing contests as fundraising races for charities. Brad Johnson, who owns the cars that the aforementioned four drivers race, opted to donate their winnings to the driver’s choice of charity.

“When we heard of the concept, we were all in,” Brad Johnson, of Medicine Lake, Montana, said. “My drivers all started researching charities they felt had a meaningful cause and where the largest portion of donations go directly to those in need.”

Brad Johnson had his four cars wrapped with the driver’s chosen charity. Then he and his four drivers posted their wraps on Facebook and sought donations for the charities. In less than a week, Johnson’s team raised $1,600. The Duel in the Desert posted the charities on their website and collected donations as well.

People can donate via this link. Donors have one of three ways they can distribute their donations.

Brad Johnson’s four cars will raise funds for the following:

No. 316A driven by Chase Alves, of Peoria, Arizona: Alzheimer’s Foundation of America

“This year all of the drivers, cars, and charities will get attention,” Brad Johnson said. “That is really cool.”