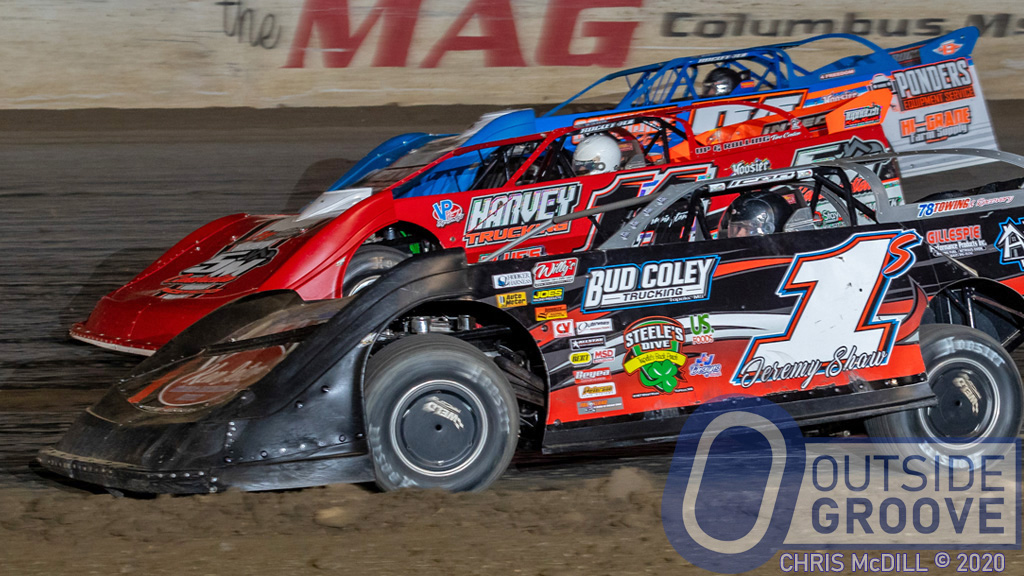 Wil Herrington leads the points for the Crate Racin’ USA Dirt Late Model Series and has won 11 times this season. Much of his performance results from placing himself in a position to win. A fine example of that occurred last Saturday during the 20-lap Crate Racin’ USA weekly portion of the Golden Egg Nationals at Magnolia Motor Speedway in Columbus, Mississippi. However, you might not have thought that when Herrington found himself sandwiched in between Jeremy Shaw (1s) on the inside and Randall Beckwith (84) on the outside.

“The first half of the feature was not good,” Herrington, of Hawkinsville, Georgia, said. “[Shaw and Beckwith] got away from me. I messed up on fuel. I hadn’t been in that short of a feature and I had too much weight late in the race from putting too much fuel in my tank.”

Then, a stroke of misfortune struck Shaw and Beckwith. Their two cars came together and Shaw cut a tire.

“I had to be in the right place to capitalize on their mistakes,” said Herrington. “I was able to sneak by them on the bottom and take the win.”

“We have to run hard, yet preserve the car at the same time to stay on top,” said Herrington. “We race two to three nights a week. I appreciate friends volunteering to help the race team. Everyone has families and works full-time, but we all make it work to have a successful race team.”