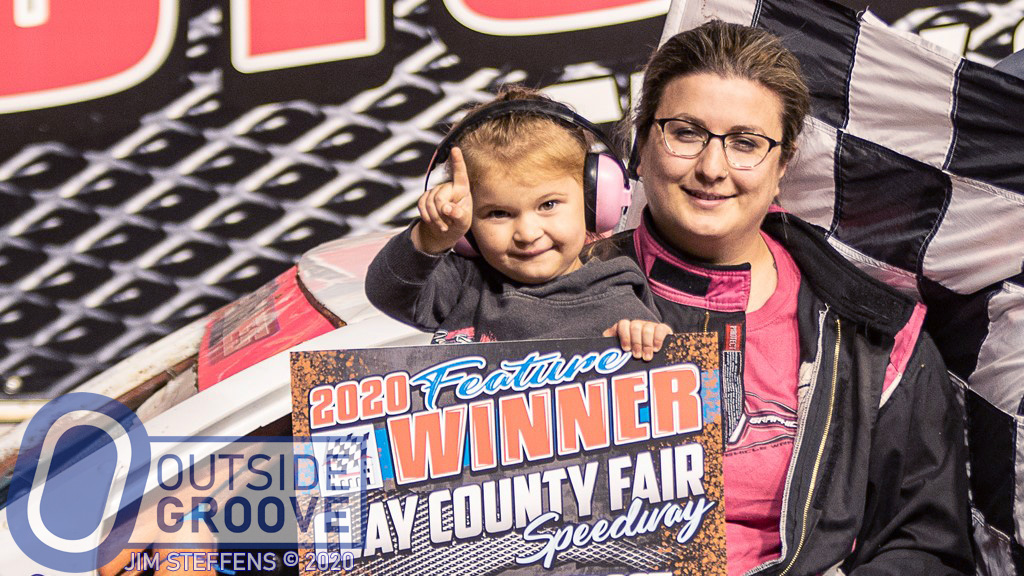 Kaytee DeVries holds her daughter, Nova, in victory lane at Clay County Fair Speedway in Spencer, Iowa. The two have visited victory lane 19 times this past season. DeVries proves you can be a great mother and a great racer.

DeVries, with 59 IMCA sport compact victories, holds the IMCA record for most wins by a female driver. Her efforts earned her the IMCA Lady Eagle Award three times, including for 2020. IMCA gives the award to its best female driver as determined by a points system. After winning the award in 2015 and 2016, DeVries slowed her racing schedule for good reason.

DeVries and her husband, Jay, raced side-by-side in the sport compact division until 2019, when Jay moved to the hobby stocks.

“Jay is my crew,” said DeVries of her husband. “If something needs to be done in the pits, the racing community is there for us. There is always someone to volunteer holding Nova while we change a tire or do some work on a car.”

“Racing four nights a week, waking up at 6 a.m. to go to work, and finding quality time for our family hasn’t been easy,” DeVries said. “Racing and motherhood can coexist. It’s tough, and you want to spend as much time as you can with your children. Fortunately, Nova loves racing.”