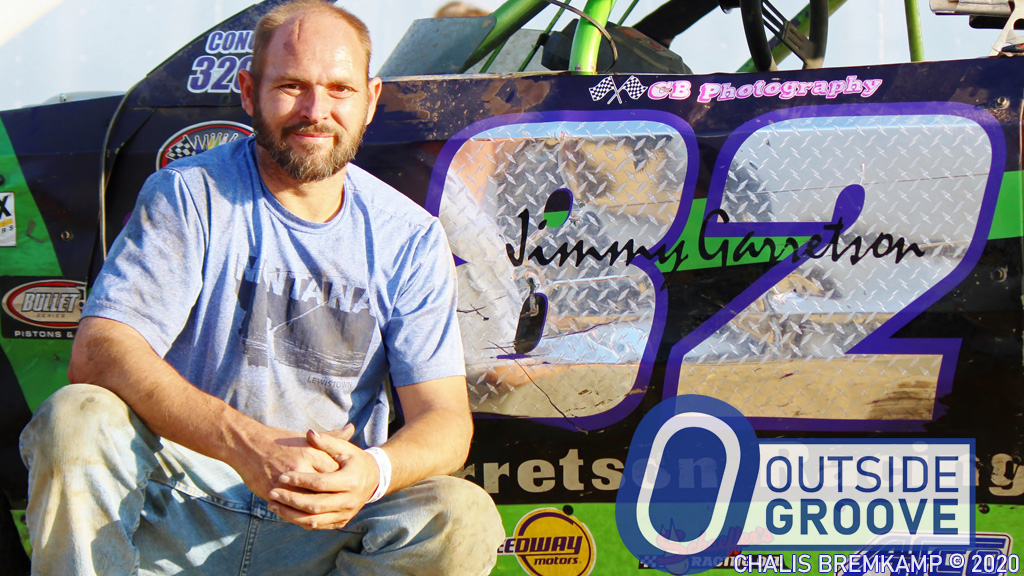 Jimmy Garretson cherishes every opportunity he gets to race his WISSOTA street stock. That’s because he understands the brevity of life. Fighting cancer will do that.

“This season may be my last,” Garretson, 39, of Billings, Montana, said. “But, I don’t think about that when I am in the seat of my street stock.”

After suffering from a persistent headache, Garretson paid a doctor a visit in March 2018.

“They found I had a tumor on top of my brain, above the brain stem,” said Garretson. “They medevaced me to UCHealth in Denver to do emergency surgery.”

Doctors drilled a hole into Garretson’s brain stem to drain the fluid that had built up. In August 2018, the biopsy came back with the grim diagnosis.

“It was a Grade IV tumor,” Garretson said. “They could not remove it because of where it is located. They gave me two months to live.”

Garretson fought back. He underwent treatment, which included chemotherapy and radiation therapy.

“Two years have passed and I’ll continue to fight cancer until there’s no more fight in me,” said Garretson. “Last week, an MRI said it was progressing [i.e. spreading] again.”

Heading into 2020, Garretson intended to race at tracks in his home state, which included Big Sky Speedway in Billings, Electric City Speedway in Great Falls, and Gallatin Speedway in Belgrade. The Covid-19 pandemic threw a curveball into Garretson’s plans. Determined to race, he hit the road to Wyoming, traveling to tracks such as Gillette Thunder and Sheridan speedways.

“When I sit in my street stock, it takes all my worries away,” Garretson said. “I focus on the race and nothing else.”

“I can never give up,” said Garretson. “You have one life, so live life every day to the fullest.”