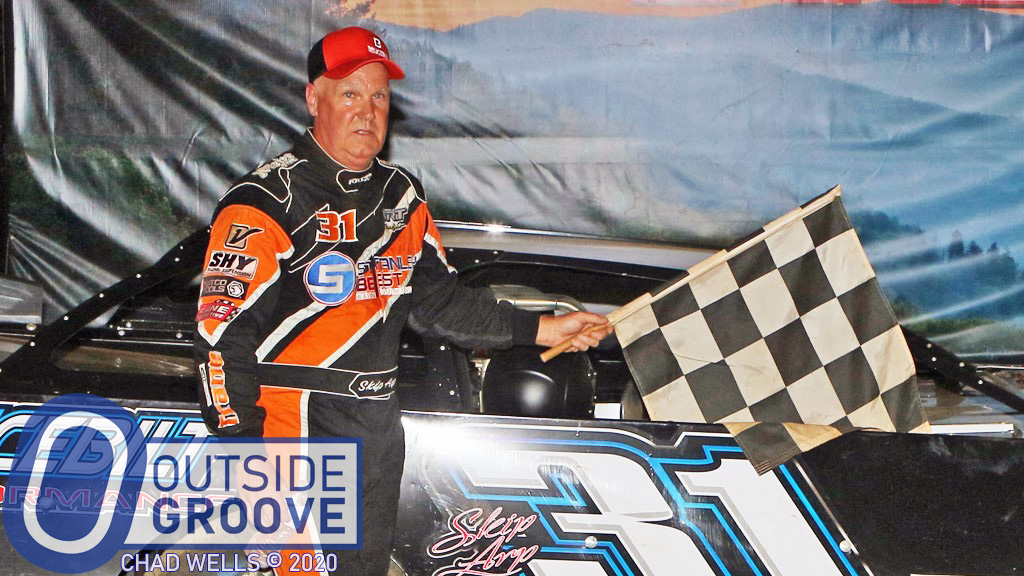 “Beaver said he would sell everything related to racing if I didn’t come back and drive for him,” Arp, 57, of Georgetown, Tennessee, said. “I told him that I missed racing, but I needed to see if I could still drive.”

Arp talked it over with his wife, Janice, who has been with him throughout his career. They decided to return to racing.

“She’s been with me through thick and thin, and hasn’t divorced me yet,” said Arp. “We both missed the people we knew while racing.”

Arp returned to the cockpit of a race car at I-75 Raceway in Sweetwater, Tennessee, for their Topless Outlaws Dirt Late Model Series event. The National Dirt Late Model Hall of Fame inductee struggled, finishing in 18th.

“I was rusty — no doubt about it,” Arp said. “I couldn’t make the same lap twice — it gets tougher when you get older. But, I felt like I had never been out of a race car.”

Arp said he needed to get back into shape.

“My head, neck, arms, and back needed to get used to racing,” said Arp. “I’m not into workouts. The only workout I do is at the dinner table, shoveling in food.”

For their second outing, Best and Arp ventured to Smoky Mountain Speedway in Maryville, Tennessee, for a limited late model race. This time, they won.

“I’ve never tried drugs, but many who may have told me racing is a worse addiction,” Arp said.  “It probably wasn’t very smart for me to get back behind the wheel because it felt so good. Racing is hard to get away from.”

Skip Arp looks to continue racing, heading to tracks close to his home, such as Smoky Mountain Speedway and 411 Motor Speedway.

“If I feel good and I’m competitive, I’ll keep racing,” said Arp. “I look to guys like Billy Moyer and Ronnie Johnson for inspiration. They’re still getting around pretty good.”