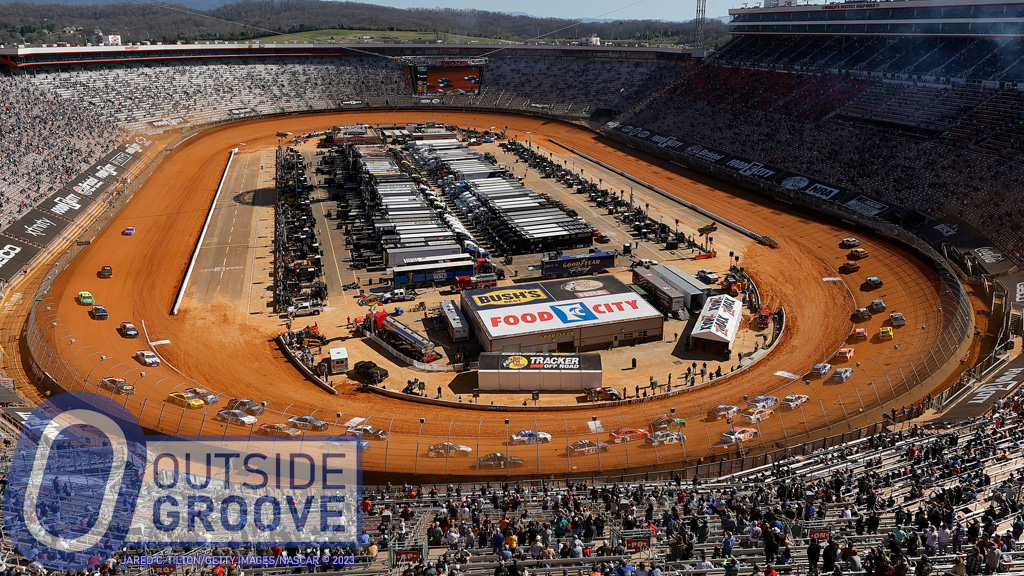 The American All-Star Series and Steel Block Bandits Dirt Late Model Challenge will head to Bristol Motor Speedway on Saturday, April 1. Both series will race for $5,000 to win at the historic oval in Tennessee.

Ever since 2021, Bristol Motor Speedway has covered the surface of its track with dirt for the spring NASCAR Cup Series and NASCAR Craftsman Truck Series events. Joey Logano (2021) and Kyle Busch (2022) won the Cup events, while Martin Truex Jr. (2021) and Ben Rhodes (2022) won the Truck races. This year, the NASCAR races on dirt at Bristol Motor Speedway take place on April 9 (Cup) and April 8 (Trucks).

In the weeks leading up to those races, Bristol Motor Speedway typically hosts a variety of divisions and series that regularly race at the dirt ovals.

The Dirt2Media American All-Star Series Presented by PPM Racing Products will embark upon its fifth season in 2023, with an ambitious schedule. The tour runs as far south as Buckshot Speedway in Clanton, Alabama, and as far north as Paragon Speedway in Indiana. The series uses 604 late models as its platform. Last year’s champion was Hayden Cardwell, of Knoxville, Tennessee. Runner-up was Logan Walls, of Junction City, Kentucky.

More specifics about the historic visit to Bristol Motor Speedway in April for the American All-Star Series and Steel Block Bandits will be announced in the near future.