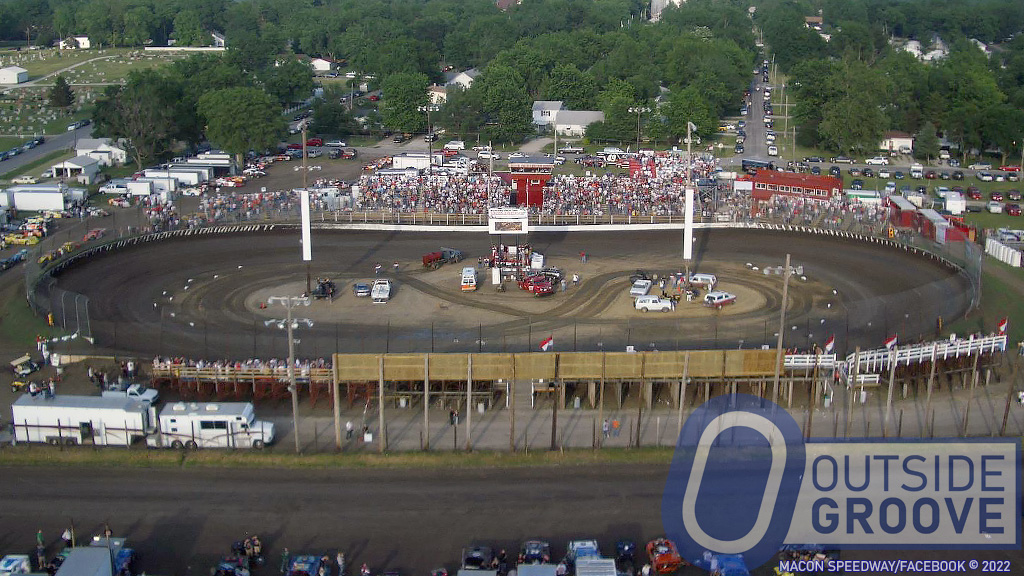 With the purchase of Macon Speedway in Illinois, Chris Kearns finally realized a lifelong dream. The seasoned promoter now owns his own track. Now at the helm of the historic 1/5-mile dirt oval, Kearns looks to add his special touch to it.

“I purchased Macon Speedway — there’s no lease, no owner carry — my wife, Jolene, and I own it outright,” Kearns said. “We’ll be the promoters.”

Along the way, he’s also worked with USAC and Greg Biffle’s Sand Outlaw Series. He also served as race director for the SRX Series. Kearns made a name for himself with the annual Wild West Shootout he promotes, which takes place in January at Vado Speedway Park in New Mexico.

“I’m a young and energetic 53-year-old,” said Kearns. “I’ll still be working a bit for USAC at Daytona in February as NASCAR takes over the .25 midgets. After that, Macon Speedway and the Wild West Shootout will be my focus and will take up most of my time.”

Kearns became enamored with Macon Speedway long before he purchased it.

“It’s a very unique speedway, with a great atmosphere and tremendous support from the city and the neighborhood it is in,” Kearns said. “It’s been my very favorite dirt track since I attended a show there more than 20 years ago.”

Famed promoter Bob Sargent held the reins to Macon Speedway since 1985. The track was built in 1946. Sargent lived in Macon, Illinois, and used his hometown’s track to launch his company Track Enterprises. It will operate 80 events in 14 states next season, including the STARS National Series for pavement late models. The company also operates Lincoln Speedway in Illinois, Nashville Fairgrounds Speedway in Tennessee, and ARCA specials at a pair of Illinois dirt miles, DuQuoin and Springfield, as well as a NASCAR Truck Series event at The Milwaukee Mile in Wisconsin.

“I am impressed with the show Bob [Sargent] and Adam Mackey have produced — it’s fast and efficient,” said Kearns.

“We will add some cool marquee events,” Kearns said. “The track will now have two-day events that will build up weekly racing. We will continue to race Saturday nights, starting by 7 p.m. and finishing by 10 p.m.”

Kearns also has a list of upgrades he wants to make to the facility.

“We will have brand-new Whelen track lights and a new scoreboard — Macon Speedway does not currently have a scoreboard,” said Kearns. “Good food and good car counts are what fans want to see. I’m looking at the Eldora Speedway [in Ohio] and Kokomo Speedway [in Indiana] concessions — those are the tracks fans mention for great food.”