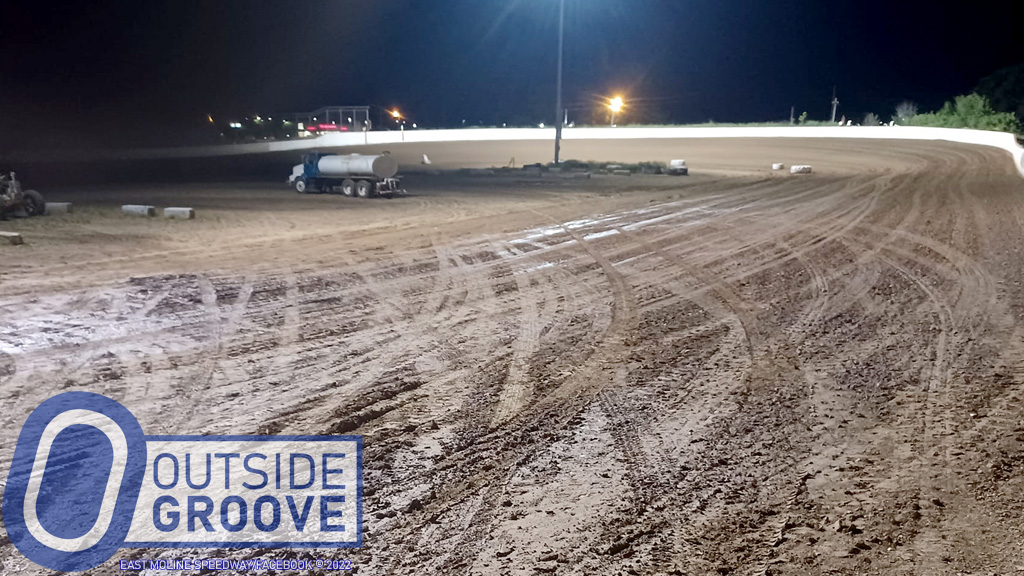 New promoters have taken over East Moline Speedway in Illinois: late model driver Chuck Hanna and Kyle and Casey Meier. Expect that track to take some cues from another dirt oval in the state, Fairbury Speedway.

The Meiers bring a lot to the table, owning K&C Excavating, Meier Trucking, and KCM Construction.

“The Meiers have the financial stability to improve the facility and help the car count,” Hanna, 58, of Rapid City, Illinois, said. “They were at Fairbury Speedway shooting the grade of the track so it could be duplicated here in shape, size, and banking. Fairbury’s promoter, Jeff Curl, has been very helpful, and has answered many of our questions. The Meiers also have a source of rich, black dirt which they will be trucking to East Moline Speedway to prepare for next season.”

Hanna feels that the new surface will help the show in more ways than one.

“We hope the new dirt holds moisture better, because we would like to start earlier since we are a Sunday-night track,” said Hanna. “The goal is to have hot laps at 4:15, racing to follow, and the program to be completed by 8:30 to 9:00 p.m.”

Hanna said they’re also looking to improve their relationships with nearby tracks, including Davenport Speedway, a half-hour away in Iowa.

“We’re working with Davenport Speedway’s Ricky and Brenda Kay for a future track series,” said Hanna. “If a Saturday-night track wants to jump on board, we are all for it,”

“We will have burgers hot off the grill, not precooked and wrapped inside a concession stand,” Hanna said. “There will be tacos, nachos, and Whitey’s Ice Cream, a local favorite.”

“The fair board is working with us,” said Hanna. “They understand [that racing] will help them into the future for many years. Having the track is instrumental to [their] success.”

The new promoters have seemed to sparked interest in the track. Hanna is looking forward to his first year at the helm of East Moline Speedway.

“With all the positive feedback we are getting, things are looking great,” Hanna said. “When our fans and racers are excited, it gets us more excited. The future looks bright for East Moline Speedway.”