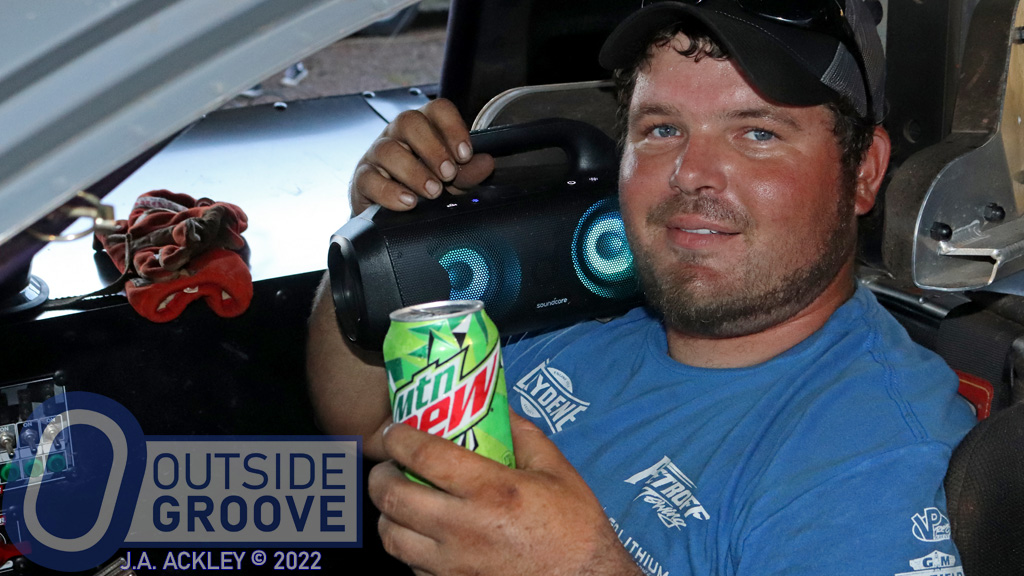 Before the races, Josh Davis had the country rap blasting while drinking a Mountain Dew. Unfortunately, on this night at I-75 Raceway outside of Sweetwater, Tennessee, the races rained out.

“I just try to hype myself up before I race,” said Davis, 30, of Greenback, Tennessee. “[I listen to] country or country rap. I normally drink Coke, but [Mountain Dew] was in the cooler today.”

Davis knows what it takes to race, and race successfully. He’s competed in motorsports for most of his life.

“I started in go-karts when I was five,” Davis said. “I went to four-cylinders [aka mini stocks] when I was 13, and raced them for several years. Had two kids, got away from racing for three or four years. A buddy of mine and I got a front-wheel-drive together, and we started racing them three years ago.”

“I love this class,” said Davis. “There are 20 to 30 cars at every track — I love the competition. And, it’s fairly reasonable to afford and be competitive.”

This season Josh Davis went with a 2003 Honda Civic Si. He has yet to win with the ride.

“I have one win last year and one the year before,” Davis said. “We went to Honda just this year. The past two years we raced a Dodge Neon. I learned that you need to set them up differently. I set this [Honda] like the Neon, and it did not work. They drive similarly, but these Hondas have a little more pep in their step.”

Davis also has started to travel to bigger races. Earlier this month, he competed with the SCDRA for $5,000 to win at Screven Motor Speedway in Sylvania, Georgia. The power steering went out on his car, relegating Davis to a 27th-place finish among a field of 37.

“It’s a blast,” Davis said of racing with the SCDRA. “They’re the best of the best … and they run for a good chunk of change.”

Josh Davis looks forward to competing in more SCDRA events later this year, as well as shows much closer to home. Regardless of the venue, you can count on Davis to carry his mini boombox and have a caffeinated soda in hand, preparing himself for, hopefully, his next trip to victory lane.