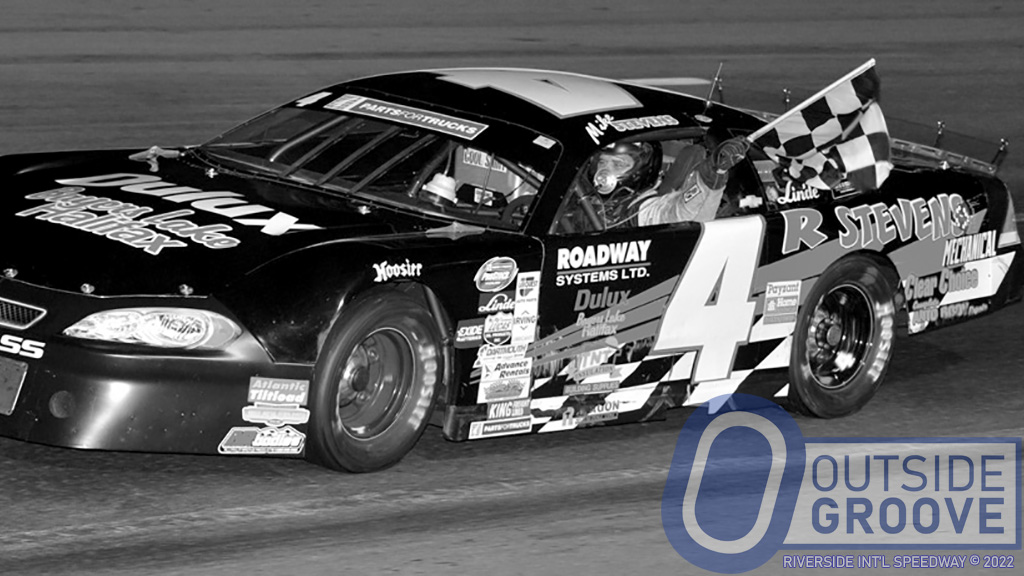 Justice Clements ruled that the release signed by the driver on race night would have kept the driver from suing the parties involved because of injury. However, the signed release would not prevent a driver’s widow or their dependents from making a claim.

“The decision in [Donovan v. Queens County Residential Services] binding on this court addresses the derivative issue before me: the waivers and release documents executed by the deceased do not preclude a claim by the deceased’s dependents,” Clements said.

Mike Stevens (aka Robert Michael Stevens), of Riverview, New Brunswick, 30, died on the 98th lap of a 100-lap feature after his pro stock turned over in a pileup. Stevens hung upside-down in his seat, secured by his safety harness. With one side of the car next to the track’s wall and the other next to another car, Stevens was unable to exit the car.

“There’s a number of safety equipment that the drivers do wear, they wear what’s called a HANS collar [Head and Neck Support device] and a helmet of course, and that protects them against severe whiplash when they’re in a crash. So this driver had been wearing his equipment but after the crash, removed it,” RCMP Sgt. Leanne Butler told media after the investigation.

The coroner’s report said he did not suffer any injuries from the crash, but instead died from suffocation.

The plaintiffs and defendants disagreed on what exactly led to Stevens’ death.

The defendants allege that Mike Stevens released his safety harness while upside-down. The plaintiffs call what happened a “botched rescue mission by track officials, race organizers and Shaw’s Towing workers on site that day.” They allege the harness was cut by someone and that Mike Stevens would not have cut the harness on his own.

The lawsuit was initially filed in 2015 and can now proceed as the result of the court’s ruling.