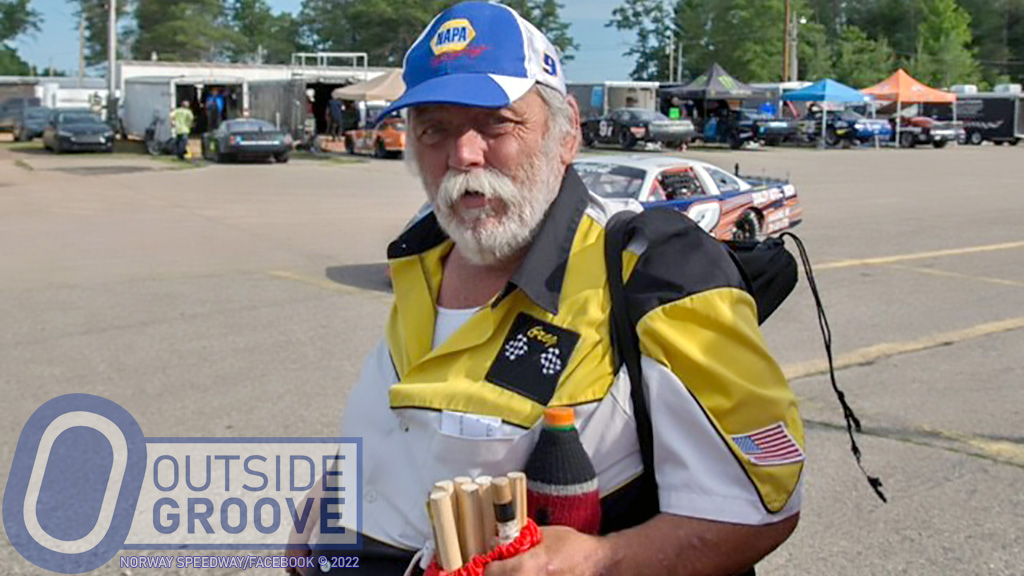 Last Friday, racers and their crews lined the outside of Norway Speedway for a moment of silence, in tribute to Greg Maas. The backstretch flagger of the Michigan oval passed away last week after a super late model struck him. Maas’ wife, Lori, and one of his six grandchildren were slowly driven around the track in a send-off he would have surely appreciated.

“Lori said Greg would have wanted the track to move on if anything happened to him — he was here forever,” said Joey Pontbriand, vice president of the Dickinson County Racing Association, which operates the track. “He put 35 years of work into this place and had a major impact on the racing community. He loved racing and loved this track.”

A young driver, whom the track prefers not to identify because he is a minor, spun during competition. His car struck Maas, who was at the end of the chute to flag cars entering the backstretch after pit stops.

“It has been a roller coaster of emotions for the young driver,” Pontbriand said. “He didn’t even know [Maas] was there. There was nothing he could do. It wasn’t his fault, but it has been tough for him to understand.”

Maas, 65, of Iron Mountain, Michigan, recently retired from his union job as a laborer. He then took a position in the circulation department at “The Daily News,” in his hometown. Over the years, Maas worked at the track as an official and flagman, among other duties.

“Greg created a huge positive impact on our sport,” said Dickinson County Racing Association president John Ostermann in a Facebook post. “He will never be forgotten.”

Discussions are under way to permanently honor Greg Maas and his longtime service to the racing community.

“Everything has happened so fast,” Pontbriand said. “We need to take the time to do something that will mean the most to remember him by.”