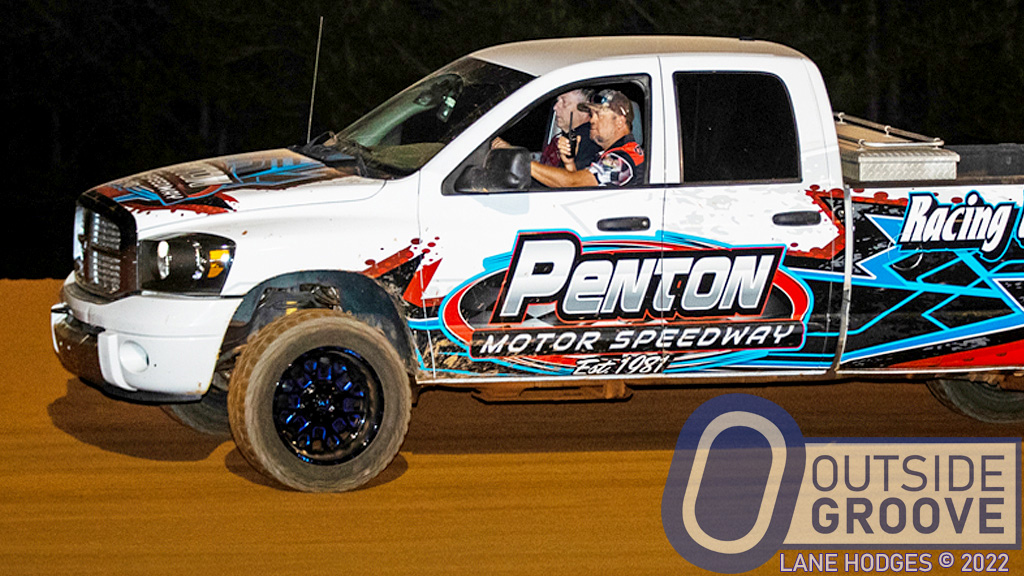 After five years dormant, Penton Motor Speedway reopened this month, thanks to promoter Calvin Pike (pictured driving) and his staff. Their hard work resulted in a record crowd and car count at the LaFayette, Alabama, clay oval.

The track was built in 1981. After its owner, Larry Edge, passed away, his family did not wish to continue operating the track. Pike said he wanted to see the track continue Edge’s legacy. He agreed with the Edge family to a three-year lease, with an option to buy.

“I’ve been racing since I was 17, and my first race and feature win was at Penton Motor Speedway,” said Pike. “My business sponsored cars that raced there over the years. It is my hometown track, and it was a shame to see it sitting there idle.”

“I’m not operating the speedway for the money,” Pike said. “I’m doing it for the sport. I make my money from my business Too many racetracks are closing.”

“We’ve made so many improvements to the facility,” said Pike. “The buildings have a facelift, there is new lighting, speaker system, clay, and LED caution-light system.”

Bill Edge, son of the track’s founder, is also helping Pike by grading the track’s surface.

“There’s been nothing but positive feedback,” Pike said. “The future looks bright for our home track.”