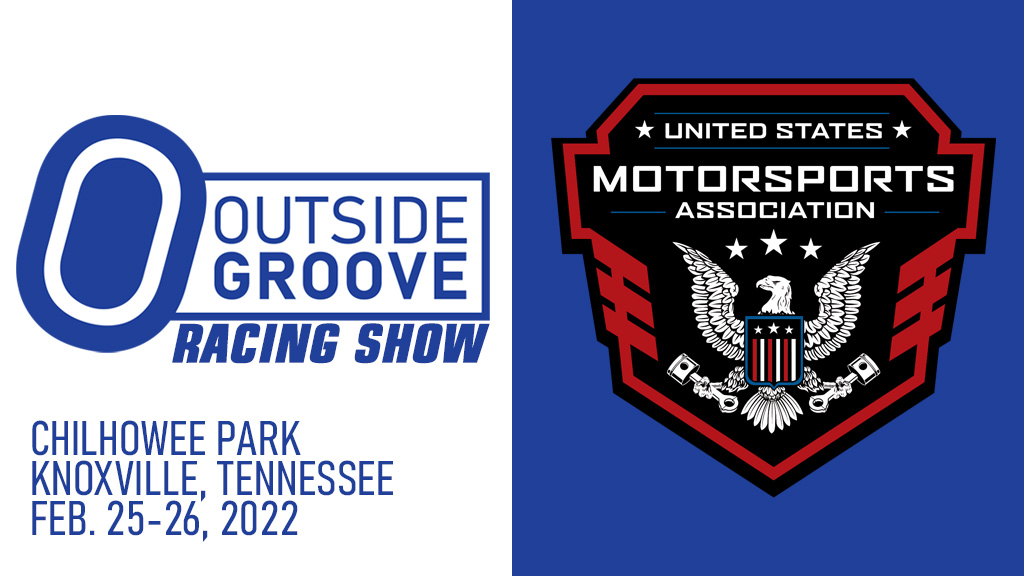 The Outside Groove Racing Show announced today that the U.S. Motorsports Association (USMA) has become the presenting sponsor of the new motorsports show. The first annual edition of the Outside Groove Racing Show Presented by the U.S. Motorsports Association will be held February 25-26 in Knoxville, Tennessee inside the Jacob Building at Chilhowee Park. Racers, fans, and a rapidly growing list of racing industry vendors will gather to network and share in their love for all things motorsports. The show is open to the general public.

The USMA was officially formed in 2015 by a coalition of industry businesses, racetracks, and sanctioning organizations, who recognized racing’s need for greater organization, economic data, and state- and local-level advocacy, primarily for grassroots racing. The USMA has been instrumental in solving state- and local-level issues for many racetracks across the nation, providing expert advocacy, consulting, and economic research data.  A recent win came when drag racing returned to Long Island for the first time in over 17 years, which was in part due to USMA’s economic report titled, “The Importance of a Drag Strip On Long Island.”  Other research has included the first-ever statewide study of motorsports across Pennsylvania and uncovering the tremendous economic impact of the IMCA Super Nationals held annually in Boone, Iowa. (For more on the USMA, read “USMA: An Advocate for Grassroots Racing”.)

“Unlike the stick-and-ball sports, the benefits of racing are not always understood by our elected officials and the general public,” said J.A. Ackley, Outside Groove Racing Show promoter. “People unacquainted with the sport often have negative misconceptions about motorsports.  The USMA is making an impact by educating the public and building permanent relationships with lawmakers.  At the Outside Groove Racing Show, we share the USMA’s mission to support all forms of racing.”

“Outside Groove has pioneered a new show that will serve the Southeast racing community with an event that is shaping up to be fun and productive.  We are excited to have the opportunity to attend and share our message with racers and fans,” said Shawn Stewart, Executive Director of the USMA.  “We know from our research that grassroots racing is a massive economic and job creator across America.  The majority of that impact comes from grassroots racing and a large portion exists in the Southeast, so a trade show in the region makes good sense.”

The Outside Groove Racing Show presented by the U.S. Motorsports Association will take place on February 25-26, 2022. The show, which is held in the Jacob Building of Chilhowee Park in Knoxville, Tennessee, will bring various forms of motorsport under one roof. That includes, but not limited to, dirt-track racing, drag racing, drifting, rally racing, and road racing.

For more information on the show, visit www.outsidegrooveracingshow.com.

For more information on the U.S. Motorsports Association, visit www.unitedstatesmotorsports.com.