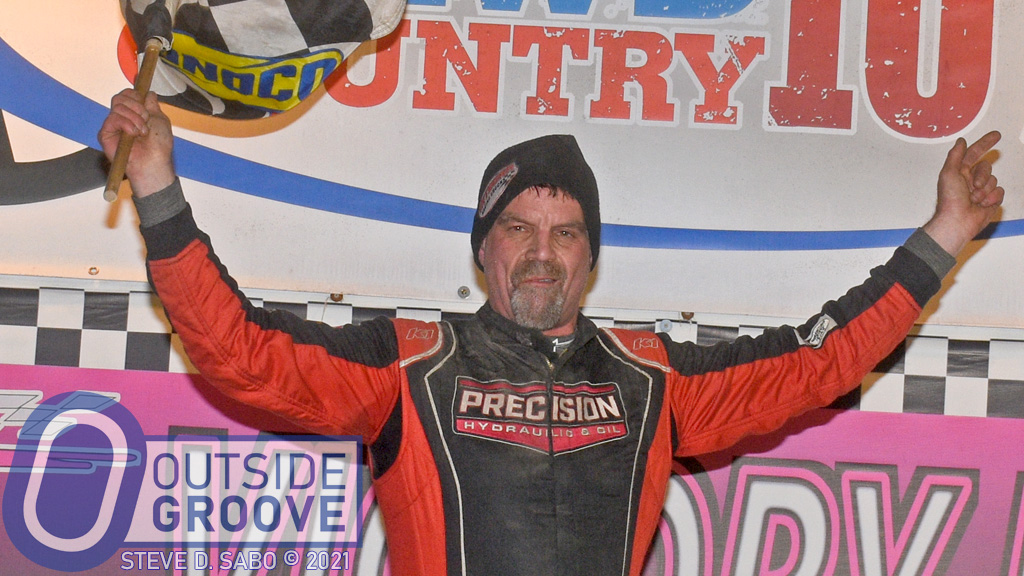 Jeff Strunk capped off the year by winning the modified portion of The Gobbler at Accord Speedway in New York this past weekend. In victory lane, he dedicated the triumph to his ailing younger brother, Glenn. Glenn Strunk is battling stage 3 cancer, affecting one of his lungs and his heart.

“He got diagnosed with cancer about five weeks ago, and he’s struggling,” Jeff, 53, of Bechtelsville, Pennsylvania, said. “I wish I could do more to help him. I wanted to win one for him.”

Earlier in the year, the Strunk brothers’ father, Bobby Strunk, was stricken with Covid-19. While he battled the disease in the hospital, Glenn battled his competitors in the 602 sportsman class at his hometown’s Grandview Speedway. He won the feature and, similar to what Jeff had done at Accord, Glenn dedicated this victory to their ailing patriarch.

“I’ve never cheered for anyone as much as I cheered for [Glenn] that night,” said Jeff. “Glenn hadn’t won for a while, and for him to do it for Dad was really cool.”

The Strunk brothers seemed destined to become racers. They grew up just down the road from Grandview Speedway. They started in go-karts and then progressed into stock cars.

Jeff found rides that carried him to many wins and championships. Glenn, however, raced a bit more sporadically. He often steered family-owned equipment and periodically ran as a teammate to Jeff. Nevertheless, Glenn still found victory lane, too.

“He kind of lived in my shadow … but he did well,” Jeff said of his brother. “I always thought he was a more naturally talented driver than I was. He could jump in a car and set some fast laps right away. I had to think about it a little more and try a little harder to be as good of a driver right of the box.”

Glenn turns 51 years old on November 26, and he is in the battle for his life. With inoperable cancer, he’s enduring doses of chemotherapy and radiation that beat him up. Glenn is also a single parent of an 18-year-old daughter, Carlee Strunk, a senior in high school. The family set up a GoFundMe page to help with expenses as Glenn cannot work as he goes through the treatments. To donate, click here.

“I wish there was more that I could do to help,” said Jeff Strunk. “It’s a helpless feeling. It puts things in perspective when something like this happens close to home. To win a race is just a race, but for us, we’ve raced all our lives, and it’s what we were born to do and love to do.”