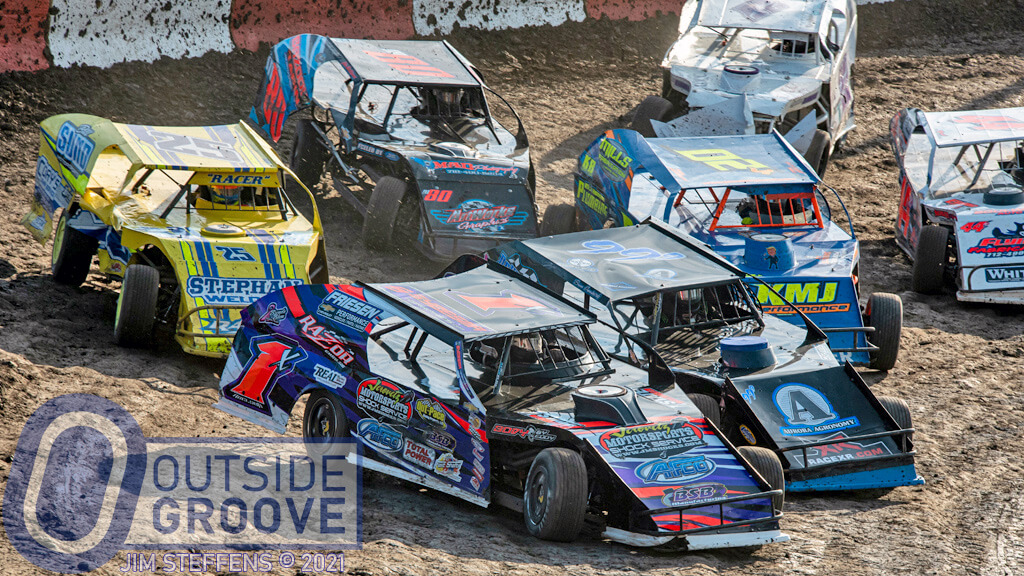 “Our key to success is the bottom line,” Midwest Madness Tour promoter Tim Skaren said. “Don’t break the bank of the track promoters or the racers. We made the tour profitable for everyone. The tracks have to make money and the payout has to make it worth the driver’s time.”

The modified and stock car features paid $1,000 to win, with $150 for the modifieds and $125 for the stock cars to take the green in the 24-car feature. The sport mods, hobby stocks, and sport compacts were also featured on the tour.

“Even though the entry fee is only $25 [for the modifieds and stock cars], the purse is double or triple what these racers normally get — and that’s all the way back through the field,” IMCA Midwest Madness Tour race director and Stuart International Speedway owner Mike Van Genderen said. “Professional teams can show up and race, but we’re not paying big bucks, either. The spotlight is on local drivers from the area and even some from out of the area.”

Locals relished the competition from their visiting drivers. Traveling racers enjoyed the opportunity to race new places. The Midwest Madness Tour made the following stops:

The formula worked. Clay County Fair Speedway drew the most cars, with 165 among five classes. A total of 35 drivers followed the entire circuit.

“We started the tour on Sunday and ended it on Thursday so it did not compete with the Friday- and Saturday-night schedules of tracks outside of Western Iowa, where we drew visiting drivers from,” said Skaren. “Western Iowa has a lot of tracks with no big events. It’s a very rural area, with lesser-known tracks.  The tracks love it that we support them. They get new fans who see great racing.”

Kyle Brown, of Madrid, Iowa, won the 2021 modified title for the series. The tour provided him with as many thrills as the fans.

“The tour is fun and exciting every night — and it is near home for most of the drivers,” Brown said. “At Clay County, I raced hard with Cody Thompson until the last caution, when I finally got him. I took off the steering wheel and burned donuts. The race was exciting. The fans were excited. I was excited.”