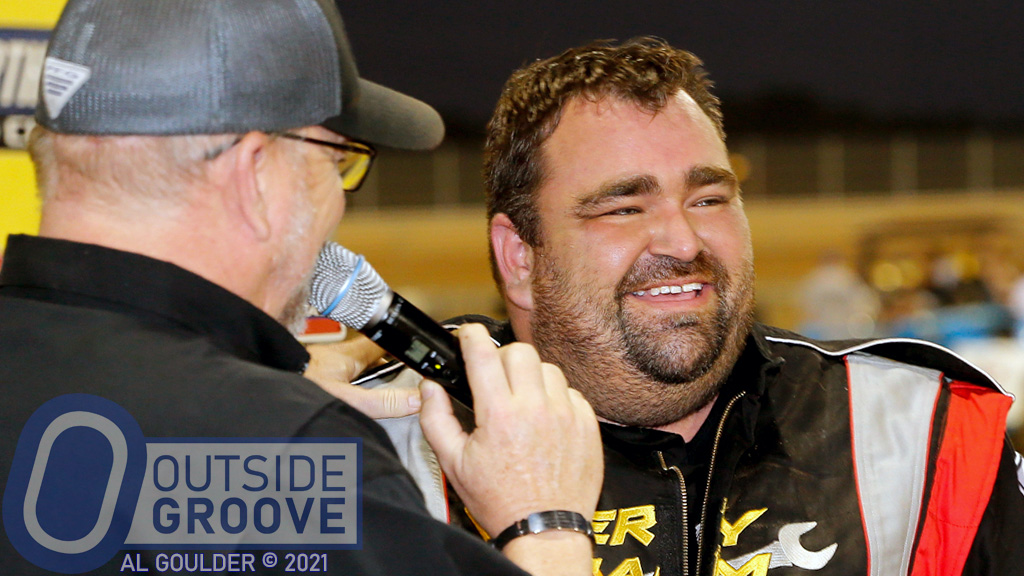 Brian Maxey has won all three limited stock car features at Virginia Motor Speedway in Jamaica. This comes after returning to dirt only last year. He raced modifieds on pavement the year before, in 2019, at Dominion Raceway in Thornburg, Virginia.

“I had no problem getting back into a dirt car,” Maxey, of King George, Virginia, said. “It was like getting back on a bike after you fell off.”

On Dominion Raceway’s pavement, he won rookie of the year in 2019. Before that, he stepped away from the sport after his father, Tommy Maxey, passed away in 2016. The elder Maxey was a regular at Virginia Motor Speedway.

“I raced four times in 2016, but it just wasn’t the same at the racetrack without my father there,” said Maxey. “I had to take a break from racing.”

However, Maxey; his wife, Michelle; and their three children, all missed racing. In 2019, Maxey returned behind the wheel, but this time steering a modified on pavement. When his car owner, Philip Surles, downsized from two cars to one, Maxey put together a limited stock car for the dirt of Virginia Motor Speedway. He’s now enjoying his time behind the wheel so much that he’s looking for a car for his son Bryan to drive.

“I’m looking forward to racing alongside my son,” Maxey said. “Our family enjoys racing. It is fun. We have no end goal. We just want to race because it’s what we do.”

As Brian Maxey attempts to win his fourth consecutive race, he won’t be carrying his familiar No. 04, which pays tribute to his father. Instead, he’ll have the No. 5, in honor of his nephew Chris Maxey, who passed away unexpectedly from a heart attack on June 12. He was only 24.

“We will be racing with heavy hearts on Saturday night,” said Maxey. “I’m humbled to be racing with Christopher’s number, just as I have been with my dad’s number. Numbers are more than decals on a car. They serve to remember racers that have gone before us, and have great meaning for racing families.”