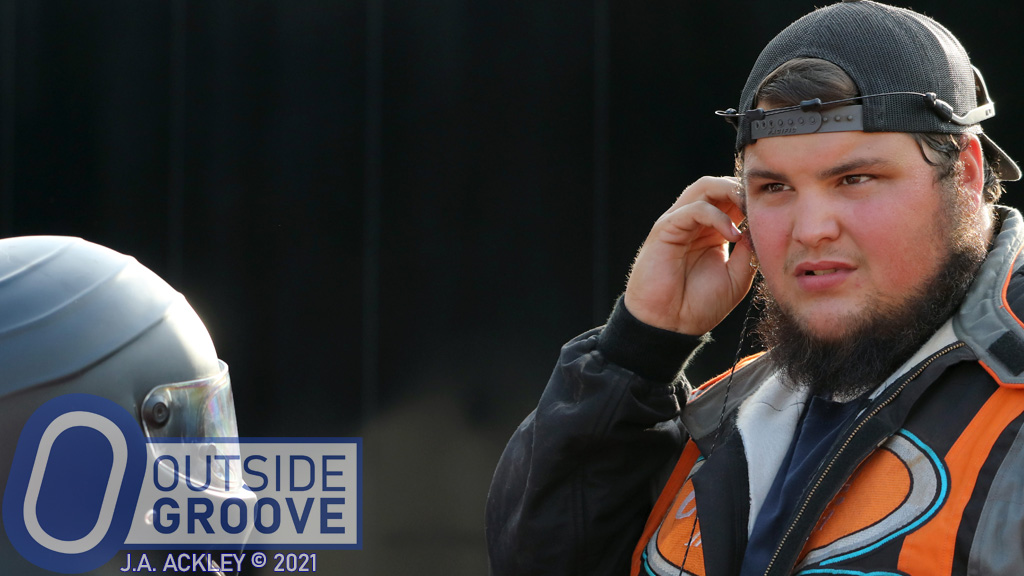 Prior to this season, Austin Byrd last raced eight years ago. However, in only his second race back, Byrd found victory lane in the B-hobby class at I-75 Raceway in Sweetwater, Tennessee. It was his first win ever in a race car.

“I didn’t know what to expect, with not being in [a race car] for eight years,” Byrd, 22, of Rockford, Tennessee, said. “We practiced one morning at 411 [Motor Speedway in Seymour, Tennessee]. I set a fast lap for my first lap and made about five more laps. I pulled in [and told my father, Joe Bird,] ‘Let’s load this thing and go race tonight.’ So, we went to I-75, won my heat race, started in the rear [of the feature], and drove to third. The following weekend, we went back and won. That swept us off our feet — we didn’t expect to do that good this soon.”

Byrd had raced a street stock as a 14-year-old before coming to a startling realization.

“I had just started high school, and I was like, ‘I love [racing], but I don’t want to work in the hot sun for the rest of my life,’” said Byrd. “So, I said, ‘I’m going to get myself a good education so I can sit in air conditioning.’ I knew school was going to affect the rest of my life. I didn’t want racing to get in the way of that.”

Byrd hung up the helmet and hit the books.

“I got good grades in school and got a free ride at a school of my choice,” Byrd said. “I chose TCAT [Tennessee College of Applied Technology] in Knoxville [Tennessee] to become a machinist.”

Out of TCAT, Byrd got a job as a machinist for StandardAero, working on Rolls Royce jet engines. With school out of the way and a good job locked up, Byrd looked to resume racing. As a 14-year-old, he fared well, but he didn’t win any features.

“At 14 years old, I knew quite a bit about cars, but I couldn’t tell my Dad, ‘Hey, the car is doing this, what should we do?’” Byrd said. “Now, the whole race, I think to myself, ‘What’s the car doing? Is it something I can fix by driving different or is it something I can fix at the trailer?’ I didn’t think like that as a 14-year-old. I’ve matured a bit, got a little smarter, and I’ve calmed down a bit — you can’t win with the wheels tore off of [the car].”

Austin Byrd proved he was wiser than his years at age 14 when he placed his racing career on hiatus to focus on an education to get a good job. Today, at age 22, he is wise and also smart. Educated not only by books, but by also life experience, Byrd now has the tools for success both inside the sport and outside of it.