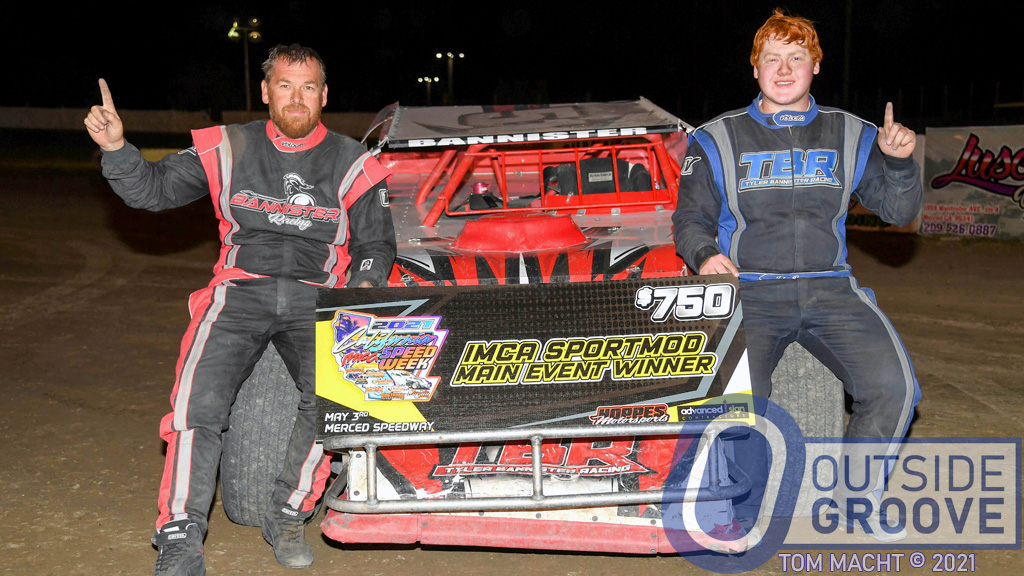 The Bannisters are racking up the wins in 2021. Jason Bannister (left) won his second race of the year on Monday. The victory came during the California IMCA Speedweek event at Merced Speedway. His 18-year-old son, Tyler (right), scored his third win on Wednesday. His victory came during the same series as it visited Antioch Speedway. It was Tyler’s idea for his father to move into sport mods.

“We built a hobby stock and got eight races in last year when Tyler convinced me to buy a sport mod,” said Jason, of Bakersfield, California. “I think he was thinking that I would drive it and say I didn’t like it, just so he could drive a sport mod.”

“As a little kid, Dad was a winning driver and I wanted to race him,” Tyler said. “It’s something a son wants to do — to be as good as your dad or even better.”

As with many father-and-son teams, the Bannisters don’t always agree.

“We argue all the time because we often don’t agree on stuff,” said Tyler with a smile. “No one is ever wrong. We bounce ideas off each other, but our cars couldn’t be set up more opposite. He likes a tight car — I can’t drive a tight car to save my life.”

The two enjoy their time together both on and off the track. However, Tyler does worry about the possibility of crashing with his father.

“My dad and I have raced side-by-side, but we have never made contact, yet,” Tyler said. “I hope that never happens. I don’t know what I would say to him or he would say to me.”