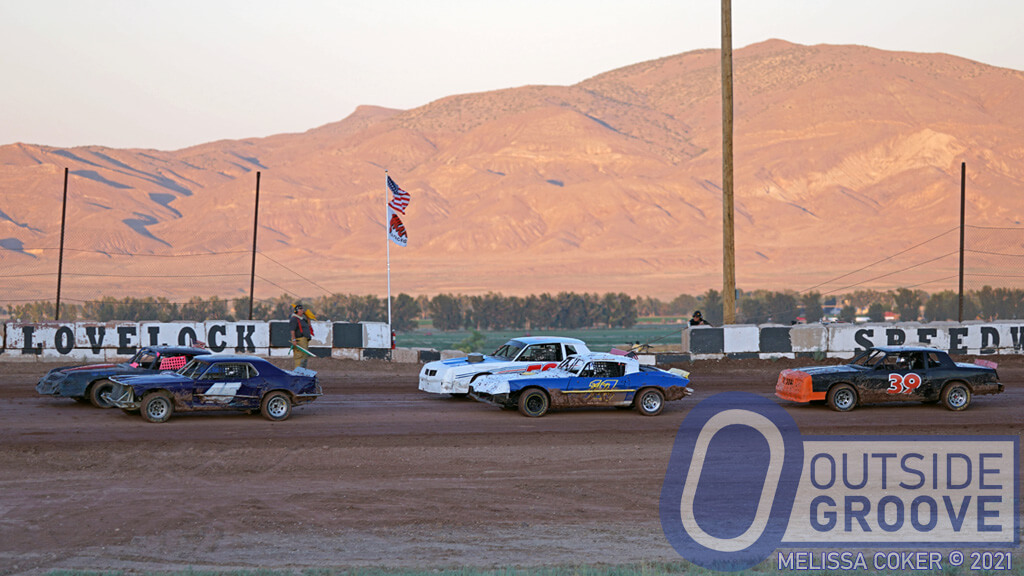 After trucker and racer Bob Conley saw one of his favorite tracks, Lovelock Speedway, shuttered last year, he took action. Conley and his wife, Crystal Starr, secured a deal to reopen the ¼-mile in Nevada.

“Blink your eyes and you’ll miss it,” Conley said of the speedway that is 97 miles east of Reno on I-80. “We are out in the country, in a town that has about 2,000 residents. We’ll draw racers from the Sierra in California and throughout Nevada. They’ll want to come here because it is such a nice track, in such a beautiful setting.”

Conley said racers will also enjoy the red clay he hauled from Placerville, California, to the track in 2012. It offers a surface unique among the tracks in Nevada.

“The track is really fast,” Conley, 68, said. “I’ve got 14 more tractor-trailer loads of clay from Placerville. I bought a sheepsfoot [roller]. I’ll put plenty of water down, [and then] roll it and cap it before every race weekend.”

Conley intends to reopen Lovelock Speedway with an opening date hopefully in June. Its schedule will consist of four events, including one in conjunction with the town’s Lovelock Frontier Days celebration in August.

“The sprint car class that we started in Nevada is meant to be a steppingstone to the winged 360s and injected classes,” said Conley. “They are a $10,000 sprint car, meant to be an entry-level sprint car division.”

Conley recently met with the other IMCA-sanctioned tracks in Nevada as well as the two tracks in the California Sierra — American Valley Speedway in Quincy and Diamond Mountain Speedway in Susanville. Their meeting aspired to get everyone on the same page as far as scheduling.

“Rattlesnake Raceway, our closest neighbor, has been very helpful in getting us going,” Conley said. “Chris Lumsden, who is president of the club that runs the track, has guided us so we don’t fall off of a cliff.”

“I’m an old-time racer, and I want to bring back the fun that we used to have,” said Conley.