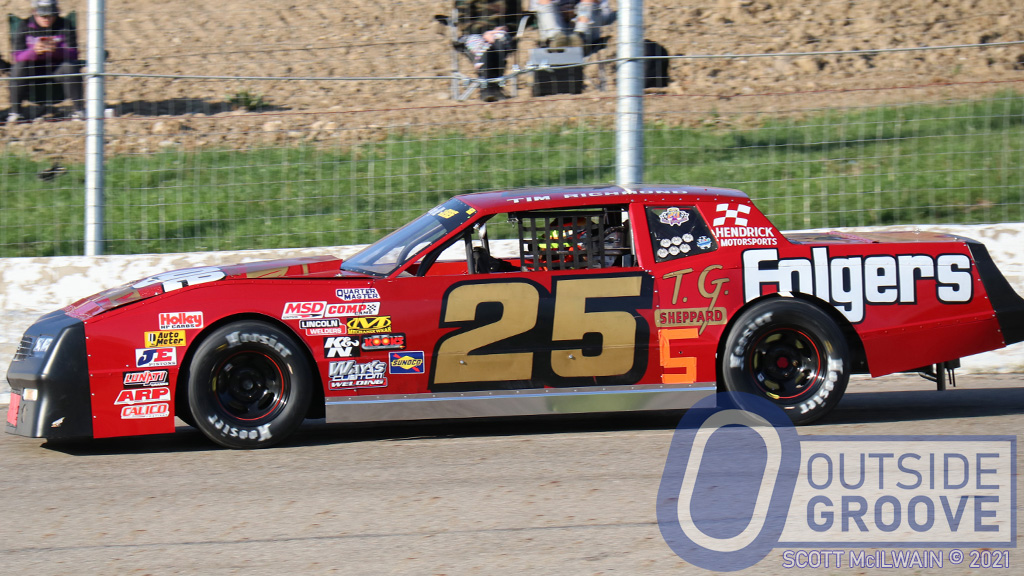 The car owned by Josh Way and driven by Josh Sage during the CRA Street Stocks race at Shadybowl Speedway in De Graff, Ohio, looks straight out of 1986. That’s the year that Tim Richmond carried the Folgers colors on his NASCAR Cup Series Chevrolet to seven wins and a third-place finish in the points standings. However, Way didn’t choose the colors because of Richmond.

“My number was 25 … we decided we were going to paint the car like an old NASCAR [paint scheme], and that’s the one I picked,” said Way, 39, of Painesville, Ohio. “I never drank coffee in my life. I couldn’t really tell you who Tim Richmond is.”

Richmond came from Ashland, Ohio, an hour and a half southwest of where Way lives. He earned as much attention for his flamboyance as his on-track talent.  Unfortunately, Richmond died at age 34, in 1989, due to complications from AIDS.

While not as charismatic as Richmond, Way’s no stranger to success. He has three track championships as a driver — one at Lorain Raceway Park in South Amherst, Ohio, and two at Painesville Speedway in Ohio.

Once Way did some research on the driver behind the Folgers paint scheme, his appreciation for Richmond grew.

“They said he was into women, so that’s a plus,” Way said of his admiration of Richmond. “And [the colors of the Folgers paint scheme] look pretty sweet.”

Way said onlookers have enjoyed the retro paint scheme. He expects more drivers to follow suit with carrying colors reminiscent of those from the past. That includes Way’s next ride he’s working on at Way’s Custom Welding, which he owns. It’ll pay homage to Cole Trickle’s ride in the movie “Days of Thunder.” This circles back to Tim Richmond, which Cole Trickle was loosely based on. Ultimately, the fast-paced lifestyle of Richmond resonates with Way.