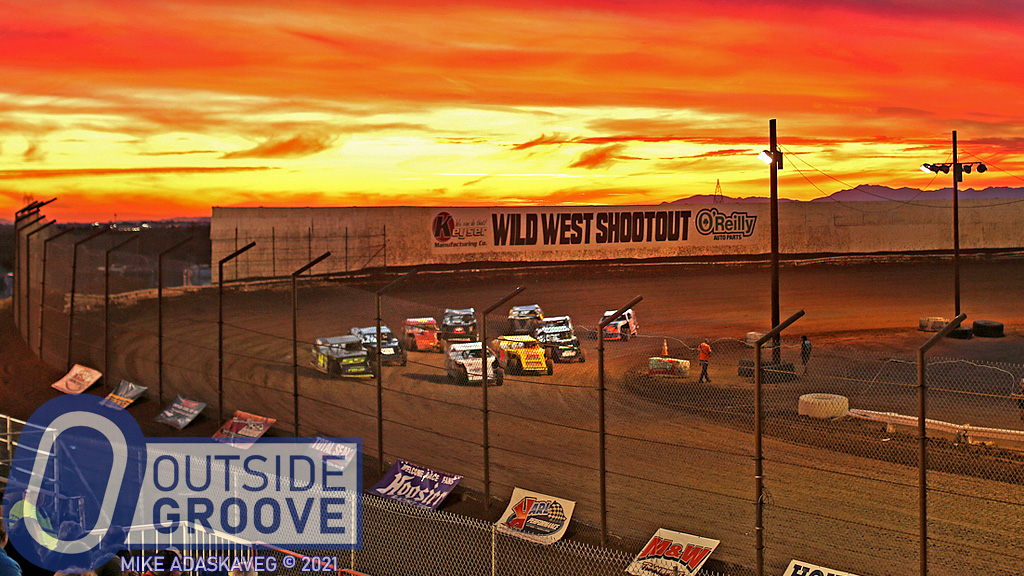 The abrupt closing of Arizona Speedway in Queen Creek sent a shock wave across the dirt racing community. The track, which operated as ET Motorsports, drew racers from as far away as Canada for major winter events such as the Keyser Manufacturing Wild West Shootout.

“We’ve been in a battle with the state for years,” said track promoter Jonah Trussel. “It was about noise and encroachment. We lost the battle with the Arizona State Land Department. Our lease was not renewed.”

“The type of operation conducted by ET Motorsports was not a factor in the ASLD’s decision in planning for development,” Atkins said. “The auctioned lands, and the surrounding area, including ET Motorsports, are currently in the process of being rezoned and annexed into the city of Apache Junction.”

Atkins said that 2,700 acres of land where the track is located was auctioned off for $245.5 million in September 2020. Arizona used that money to fund 13 beneficiaries, the largest of which was its K–12 education system. When Arizona became a state in 1912, the state legislature formed the ASLD to manage the Arizona’s portfolio of open land.

“As development expands throughout Arizona, we shift our management of state trust land from interim management uses, such as ET Motorsports, to provide the beneficiaries some revenue from their holdings until the market reflects that the time is right for the sale of those lands for development,” said Atkins.

Trussel signed a two-season lease agreement, with a 25-day notice of termination, agreed upon with the ASLD. Trussel owns the grandstands, buildings, and equipment on the property. In a letter to Trussel on Monday, Atkins reminded him that he had to remove all improvements to the property and restore the land to its original condition after he vacates the property.

“I begged to keep going, but I knew that eventually I would have to pick up and leave,” Trussel said. “It will be gut-wrenching for me to drive by and see that property vacant.”

“For the late model and sprint car guys, our events will be eight hours closer to Florida, which is where they head [after the events],” said Kearns. “Vado Speedway Park is an amazing facility.”

Kearns worries about his friend Trussel.

“Jonah is distraught,” Kearns said. “Arizona Speedway is what he did for a living. He’s invested everything he had in that track.”

Arizona Speedway will hold its final race on Saturday, April 3, 2021.