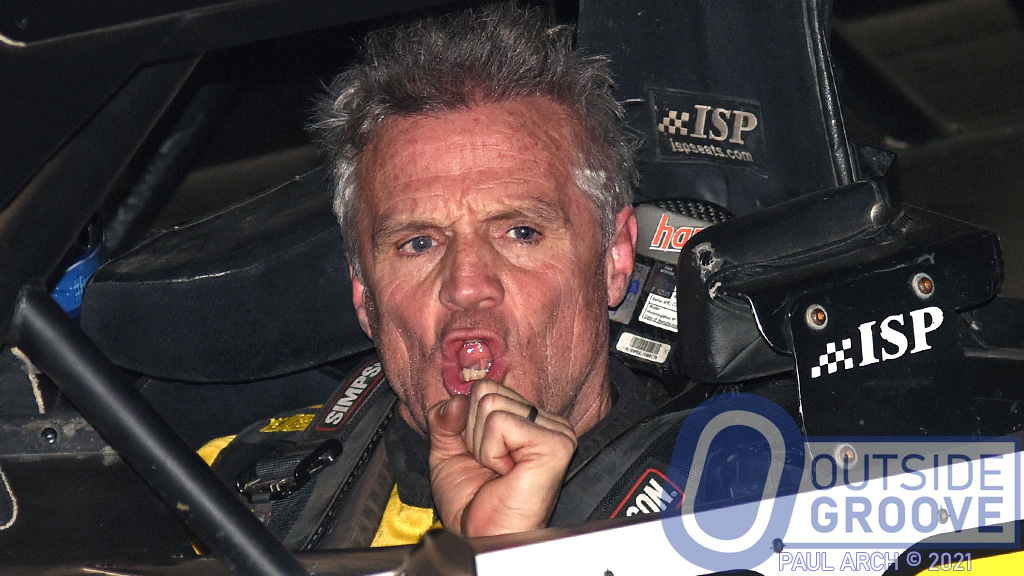 Kenny Wallace unabashedly wears his heart on his sleeve. He displayed his emotions after qualifying for the feature during the DIRTcar Nationals at Volusia Speedway Park in De Leon Springs, Florida.

“I was excited — and that’s a good thing,” Wallace, of St. Louis, Missouri, said of his clenched-fist scream out the window of his DIRTcar UMP modified. “We had 94 modifieds here last night. Making a feature is always a big deal.”

Wallace began his racing career in 1982. Nearly four decades later, he still possesses an exuberant enthusiasm for the sport.

“This event is the first official race of the season,” said Wallace. “It signifies the beginning of a new year. There’s snow everywhere and it’s 70 degrees here. If you love racing, it’s the place to be. All eyes from the rest of the country are on Florida this month.”

Legions of followers follow Kenny Wallace on social media for his unique, unfiltered perspective of the world.

“I try to say what everyone is thinking about,” Wallace said, referencing a quote once said by the late comedian and TV host Joan Rivers. “People are sometimes afraid to speak what they feel. I bring up topics to get the conversation going.”

Wallace enjoyed a long career racing in NASCAR’s top three series, spanning from 1988 to 2015. Following that, he successfully transitioned from racer to broadcaster. Nowadays, he enjoys racing short tracks from the best seat in the house — his race car.

“I don’t work for anyone anymore — I can be a little more controversial,” said Wallace of his social media posts. “The important thing is that I try to never hurt anyone. I love to hear what is on my fans’ minds.”