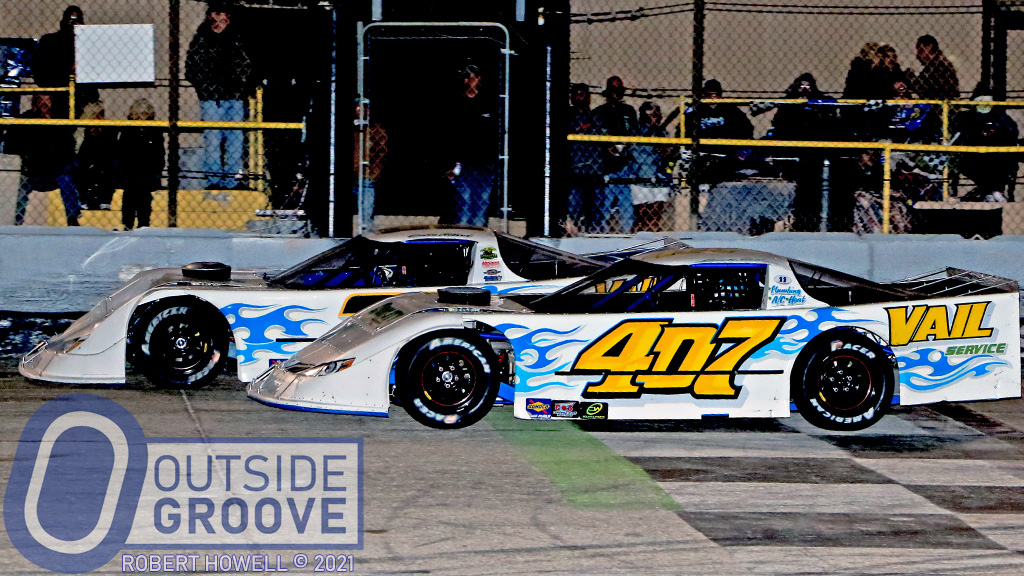 Vail offered Pollard one of his race cars for the event. Pollard had the choice of Vail’s old car that won the inaugural Frostbite race five years ago or his brand-new ride, with only four races on it.

“I chose old faithful,” said Pollard, of Senoia, Georgia. “I knew it had plenty of wins with it.

“The only difference between the two cars is that the older one has a stock front clip and the newer one has a fabricated clip made to stock dimensions,” Vail, of Clermont, Florida, said.

Jason Vail had not raced the Frostbite event since the first one. This year’s purse drew him and 32 other sportsman drivers to the Punta Gorda, Florida, oval. Vail afforded Pollard a rare opportunity at the Frostbite Sportsman 200.

“I’ve never ever let anyone drive one of my cars,” said Vail. “When were door-to-door racing, I tried hard to not think about the fact that both of the cars were mine.”

Pollard enjoyed the race, despite coming up short of punching a ticket to victory lane. Nevertheless, the second-place effort earned a $5,000 payday.

“It was neat to race side-by-side and finish one-two in such evenly matched cars,” Pollard said. “Jason worked hard on both cars. He easily could have just given me a car, but he put a lot of effort into making sure my car was competitive.”