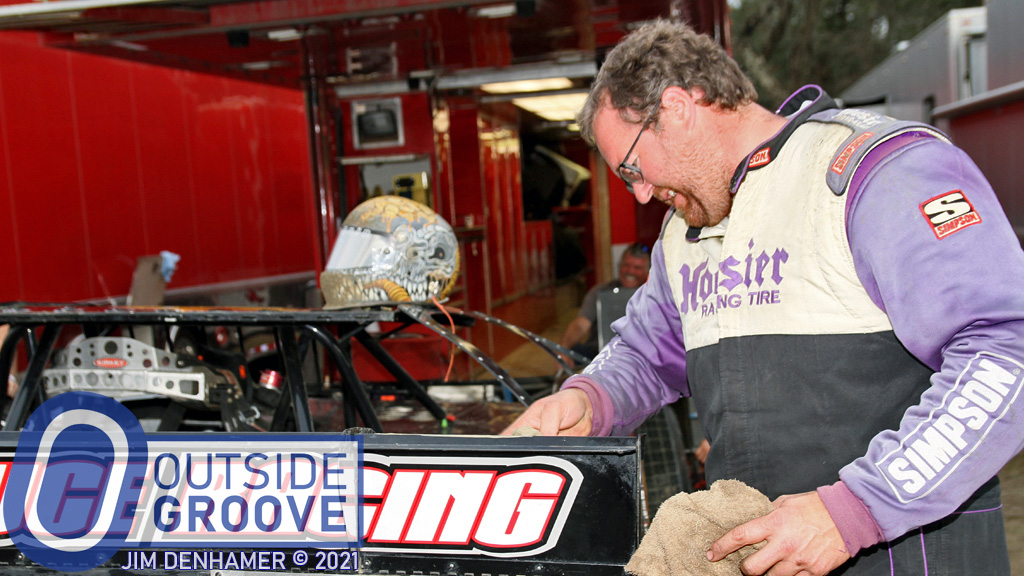 Many in dirt late model circles deem Dan Stone as one of the good guys. He may not win a lot of races. Some nights, he may not qualify for the feature. However, he always manages to keep smiling.

“It’s a privilege that we get to do this,” Stone, of Thompson, Pennsylvania, said. “It’s our hobby, and we’re fortunate to be here.”

“Here” is the DIRTcar Nationals at Volusia Speedway Park in De Leon Springs, Florida, where Stone has raced for the past week. Stone said racing in Florida provides him a more cost-effective way to race. While a 16-hour tow, one-way, to Florida, he often travels eight hours, round-trip, to attend late model races near his home. In the Sunshine State for Florida Speedweeks, he races multiple nights at the same track or tracks within hours of each other.

“It’s more economical in the long run,” said Stone. “We will hopefully get 21 nights of racing in and not nearly as much road time or miles than it would take to get 21 races in from home.”

During Florida Speedweeks, Stone competes against the best of the best in dirt late model racing.

“Our results are nothing to brag about,” Stone said. “We made a couple of features and I finished 17th [on Wednesday], but that’s not the point about us being here.”

Instead, for Stone, he considers Florida Speedweeks a crash course on the latest trends in the sport.

“Being here lets us keep our finger on the pulse of late model racing,” said Stone. “Being around the best in the division and seeing what the top drivers are doing is a big plus. You may not think you’re learning a lot, but when you go home, you’re on your game.”

His good guy reputation earns him friends in the pits.

“Everyone in the pits has been real nice to me over the years,” Stone said. “Racers are genuinely helpful. They’ve been there for me when I needed a part or had broken something on my car. I’m a big believer in paying it forward. Help your fellow racers when they need a hand, and they’ll appreciate it and pay it forward.”

Dan Stone isn’t a good guy because of the benefits it may create. Instead, it comes from a deeply embedded lesson his father, Warren Stone, a racer in his own right, taught him.

“My dad told me from the first time I raced to race clean,” said Stone. “Don’t run over the competition to win. That’s like cheating. There’s no better feeling than winning by passing clean — you’ve earned that win.”