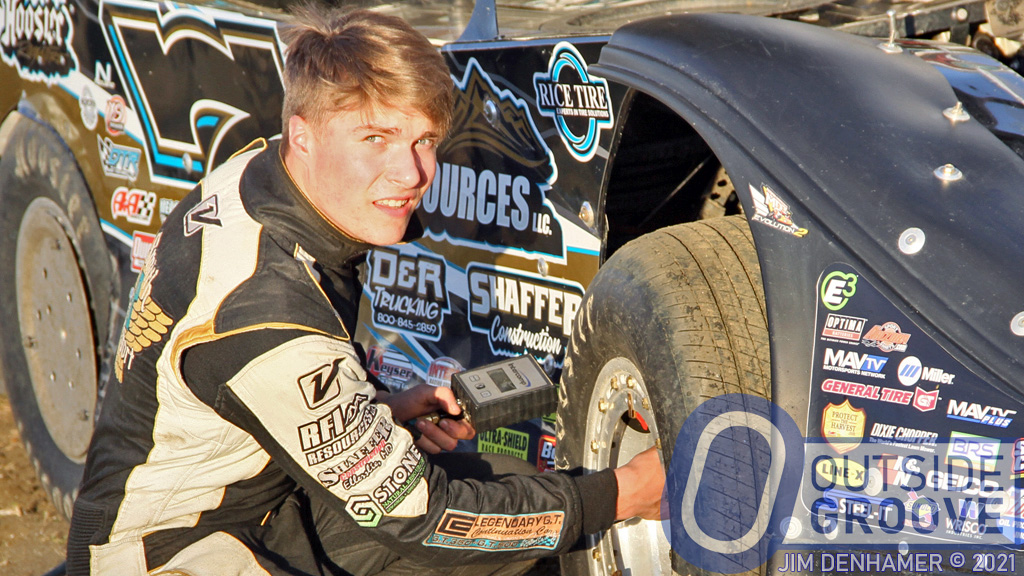 “The Kid,” aka Drake Troutman, won two DIRTcar UMP modified features and the Winternationals championship at East Bay Raceway Park in Tampa, Florida. The third-generation racer turned heads with his sizzling performance in the Sunshine State.

Despite only being 16 years old, Troutman has years of experience.

“I was at the races since I was two weeks old,” Troutman, of Hyndman, Pennsylvania, said. “When I was three years old, I asked my dad and pap, ‘When do I get to be in a race car?’ They sat me in a kart when I was three. I haven’t stopped racing since.”

His father, DJ Troutman, bought a modified for Drake when he turned 10. He raced alongside adults at age 11. While Troutman now races a modified and a late model, his father said their racing operation isn’t an indication of their family’s wealth.

“We’re not rich,” said DJ. “[My son] doesn’t come from money. Racing is our way of life. We know how to get sponsors. Drake works 60 to 80 hours a week. He’s an honor student, works on his own race cars, and drives as much as he can.”

At 14 years old, he won the track championship at Pennsylvania’s Bedford Speedway in 2018. Then two more championships (2019 and 2020) at The Greater Cumberland Raceway in Cumberland, Maryland. He scored the Ultimate Northeast Super Late Model Series title in 2020 as a rookie.

“Success takes a little bit of everything,” Troutman said. “We go over our cars with a fine-tooth comb. How much you race and how much you keep up with technology are important. Being on the road helps.”

“It is really hard to keep up with school when you’re racing,” said Troutman. “I get my schoolwork done usually in the middle of the night or early in the morning. My teachers bear with me. Luckily, a few of them are race fans.”

While Drake Troutman seems to have found his groove with the modified, he admits he still needs to gain experience and learn more about the late model. He has yet to qualify for a Lucas Oil show this week.

“This is a dream come true—being here, racing, and winning a championship in Florida,” Troutman said. “To be the best, I had to make a great impression on people. I did that locally, and now I came down here to Florida to win races so I can be known nationally.”