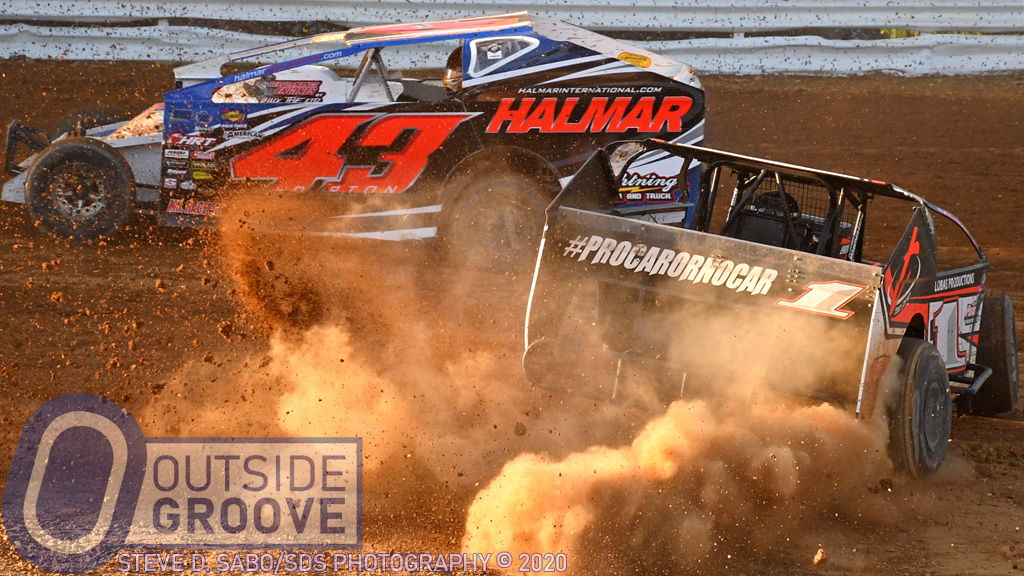 As a 14-year-old, Tyler Dippel spun the dirt modified world on its head with his first win at Delaware’s Georgetown Speedway in 2014. The following year he made his ARCA Menards Series debut and then ventured to the paved ovals of NASCAR. Now, at age 20, he returns to the dirt modifieds full-time for a second spin.

Last weekend during the Short Track Super Series event at Potomac Speedway in Budd’s Creek, Maryland, it took some fancy maneuvering for Dippel recover from a heat race spin (pictured in the No. 1, with Folsom, New Jersey’s Jimmy Horton in the background) to make the feature and finish seventh for the night.

“I got dumped — drilled in the left rear — and I didn’t want anyone to hit me,” said Dippel, of Wallkill, New York. “So, I throttled up and kept going.”

The melee flattened Dippel’s left-rear tire, but he caught a lucky break when the caution flag waved soon thereafter, affording him the chance for a quick pit stop to return to action.

Dippel had been absent from the dirt scene for more than three years as he raced ARCA and the NASCAR Gander RV & Outdoors Truck Series. His plans this year include racing his family-owned car for half of the Short Track Super Series schedule and the other half for car owner Bill Pascual. In total, he has 80 races planned in Pascual’s equipment, including racing small- and big-block modifieds weekly at Orange County Fair Speedway in Middletown, New York.

“It takes time to get re-acclimated — I’m a bit rusty,” Dippel said. “It’s tough to take time off from dirt racing and come back to race drivers like Matt Sheppard … and [Stewart] Friesen, along with about 15 more that can win on any night. To win is incredibly tough.”

As far as NASCAR prospects, Dippel still waits for “the call.”

“The phone usually rings just before the Eldora Truck race or when there is an ARCA race on dirt,” said Dippel. “Teams are seeking a driver with dirt experience.

“I may or may not have a NASCAR opportunity. Nevertheless, I’m committed to the full Short Track Super Series schedule, North and South.”