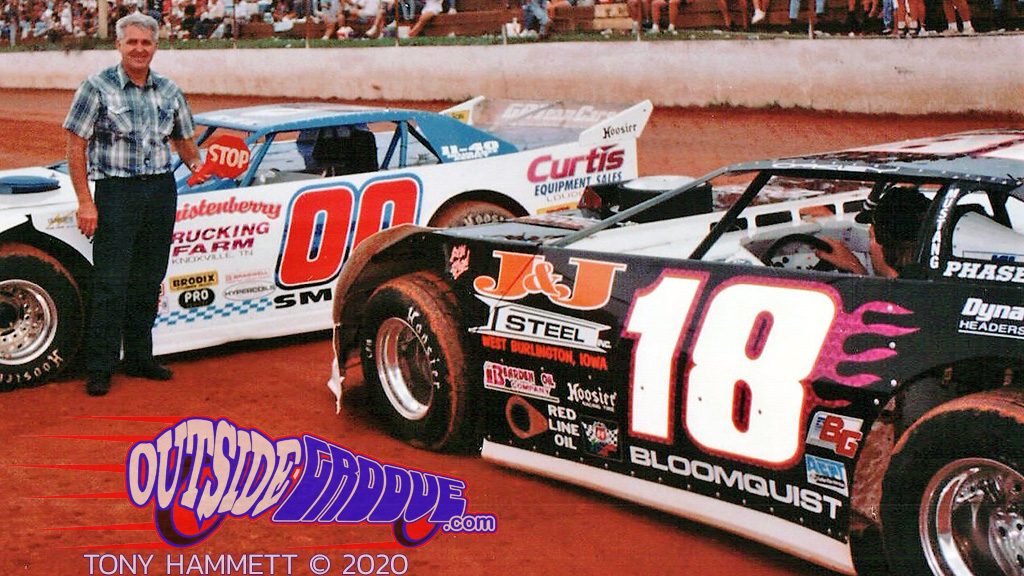 The UDTRA (United Dirt Track Racing Association) Hav-A-Tampa Dirt Racing Series grew from a respected regional series into a national powerhouse tour under the leadership of Jimmy Mosteller and Mike Swims. The two members of the National Dirt Late Model Hall of Fame used their talents and resources to propel the series to success.

As senior vice president of the company behind Hav-A-Tampa cigars, Mosteller, who passed away in 2012, brought Hav-A-Tampa’s backing to the tour and was also a noted race announcer. Swims applied his prowess as promoter, which he had honed at Dixie and Rome speedways in Georgia. Together they helped thrust dirt late model racing into the national spotlight more so than anything else since the National Dirt Racing Association (NDRA).

The roots of the Hav-A-Tampa Dirt Racing Series date back to 1990, when Swims and Mosteller co-sanctioned events with the Southern All Stars. After the 1992 season, Swims and Mosteller desired to break free from the trappings of a regional series to expand to a national-scale operation. With the cigar company behind Hav-A-Tampa backing the first points fund in 1993, the series centered its events in the Deep South, with additional forays into Texas and Oklahoma. The next four seasons the tour expanded into other states, including Indiana, Illinois, Kansas, Maryland, Missouri, Ohio, Pennsylvania, West Virginia, Wisconsin.

Swims earned his reputation as one of the sport’s greatest promoters from his time with the Hav-A-Tampa Dirt Racing Series. He helped secure two events at the famed NASCAR short track Bristol Motor Speedway, from 2000 to 2001, which used a synthetic dirt surface. Conservative estimates placed the attendance numbers at Bristol’s inaugural event at 45,000. He also partnered the series with Trace Allee and Maverick Productions to create tape-delayed replays of signature races in front of a national TV audience.

For 15 seasons, the tour featured the best of the best dirt late model drivers waging war on ovals across the United States. It served as the forerunner of the Lucas Oil Late Model Dirt Series, where Swims worked as a consultant until his untimely death from cancer in 2007.

Stars of the Hav-A-Tampa Dirt Racing Series benefited from increased purses, attention, and sponsorship opportunities. That included drivers such as Scott Bloomquist, the series’ all-time winningest driver, whose status as one of the sports’ greats was cemented as the result of his success on the circuit. Ultimately, the Hav-A-Tampa Dirt Racing Series helped bolster the sport’s popularity, with those effects still felt today.

The Outside Groove contributor from Woodruff, South Carolina, began photographing the sport in 1985, with his first work published in 1991. While Hammett has covered nearly every type of oval-track racing (with a few exceptions, such as IndyCar), he’s best known for his coverage of the Hav-A-Tampa Dirt Racing Series and STARS dirt late model tours. His contributions to the sport earned him his induction into the National Dirt Late Model Hall of Fame in 2018.