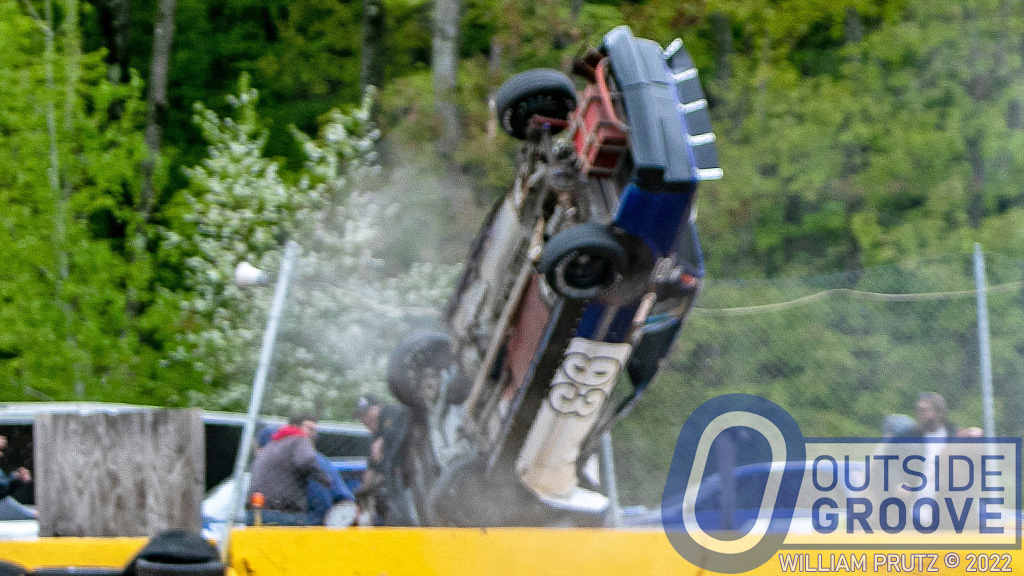 On the first lap of their heat, mini mod polesitter Hunter Landwehr and outside polesitter Jim Lietz collided. The impact sent Lietz’s car into the catchfence. It scattered onlookers and injured an 80-year-old ex-racer. The incident occurred last Thursday, May 26, at State Park Speedway in Wausau, Wisconsin.

“Grandpa Bob is famous here — he’s everyone’s grandfather,” Lietz, of Mosinee, Wisconsin, said. “The nose of my car hit the catchfence. Grandpa Bob just couldn’t get out of the way. He went flying through the air from the impact. The catchfence stopped my car and it landed on the wall, with its nose in the fence.”

The track crew held Lietz’s teetering car and helped him escape it from the passenger side.

“I stood up and waived,” said Lietz. “No one cheered. They were looking in another direction. I then realized someone was hurt. The track crew saw I was OK and ran to the injured person. It was Grandpa Bob.”

Dalsky suffered a broken shoulder and ribs. He remained in the hospital with a brain bleed on Tuesday. Lietz has visited Dalsky since the crash.

“He’s stubborn and tough,” Lietz, a special needs teacher, said. “He called my classroom from the hospital and the kids spoke with him on Tuesday.”

“When the safety crew pulled me through the passenger door, they grabbed those shoulder straps,” said Lietz. “I’m glad I chose that fire suit.”

Jim Lietz received support from the racing community after the crash.

“It is really hard to deal with hurting a friend,” Lietz said. “I am humbled by the offers of help. People came out of the woodwork offering help, equipment, and even a ride for me.

Landwehr spoke with Lietz after the race and they shook hands.

“It wasn’t Hunter [Landwehr]’s fault,” said Lietz. “It was just a racing accident. The important thing is that Grandpa Bob recovers and is back at the track as soon as possible.”