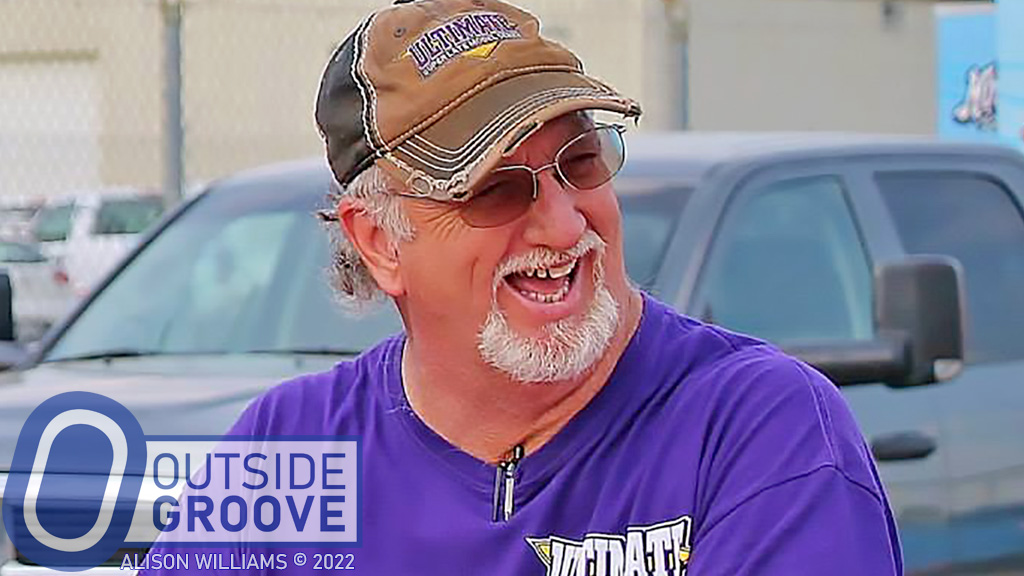 Last August, Wilson came down with Covid. It sent him to the hospital, where doctors put him in an induced coma.

“When I got sick, I knew what I had, but I did not know how bad it was going to be,” said Wilson, of Clinton, South Carolina. “The only symptom I had was exhaustion. Within hours [of arriving at the hospital,] I was on a ventilator. I woke up in October with my family around me, all of them smiling. When they told me the date, it hit me like a brick.”

“I went in on Friday, and the doctors told my family I had until Monday,” Wilson said. “I’m convinced my life was spared by a higher power. Prayers and well wishes to save my life were answered. It blew my mind.”

When Wilson woke up, he quickly realized he had a long road ahead of him.

“I sat up in bed, and then fell over,” Wilson said. “I still had a tracheal tube and was on the ventilator two weeks after I woke up.”

Wilson’s stay at the first hospital lasted 61 days. He then transferred to two other hospitals before going into a rehabilitation center to regain his strength. They finally released Wilson on January 13.

“I had to rebuild my strength, balance, and endurance,” said Wilson. “I had to learn to walk all over again.”

Doctors told Wilson that it may take up to a year for him to regain the strength he had before his bout of Covid. He works as a part-time firefighter, and performed a hose test yesterday. Wilson is cleared for eight hours of work, but not the 24-hour shifts that’s common for firefighters.

On Thursday, Alton Wilson will conduct pre-race and post-race inspections for the Kyle Larson Presents FloRacing Late Model Challenge. He’ll work with his good friend Kelley Carlton, who serves as race director for the series.

“Kelley was worried he was going to lose me,” Wilson said. “When he heard I was admitted to the hospital, it hit him hard. He and his brother, Rusty, are my brothers from another mother. Kelley and I worked in EMS together before we got involved in racing. I’m thankful we are all back together again.”

Outside Groove Note of Transparency: Corrected the name of the event at Volunteer Speedway (2022-04-20).