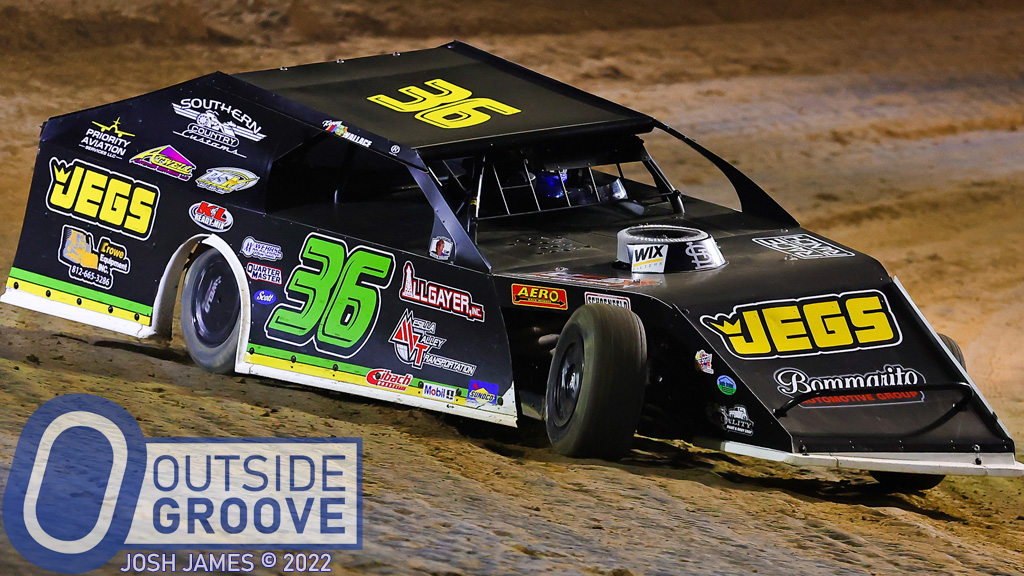 This season the modified raced by Kenny Wallace will feature paint schemes that reflect pivotal moments during his long career. However, don’t take this as an indication of him hanging up his helmet. Far from it.

“I want to be very clear, because sometimes people don’t hear all of the story,” Wallace, 58, of St. Louis, Missouri, said. “This is my last season racing all over the place. Last year, I ran 82 races, 22 of them in other people’s cars. I’ve been everywhere — I raced in Montana, the Upper Peninsula of Michigan — all across the country. This is my last year of doing that, but not my last year racing.”

During the DIRTcar Nationals at Volusia Speedway Park in De Leon Springs, Florida, his car’s wrap paid tribute to his first win in the NASCAR Xfinity Series. It occurred on March 24, 1991, on the grounds of Volusia Speedway Park. Wallace took great pride in his performance at this year’s event.

“I cannot be any better — I’m 58 years old and had my best Speedweeks ever,” said Wallace. “I finished sixth in points out of 107 drivers.”

Matt James, of Race Ranch, suggested the idea of retro paint schemes. Chris LaRose, of High Caliber Graphics, created the throwback wraps. Wallace said his next retro scheme will pay tribute to his 1986 season when he won the ASA Rookie of the Year. He’ll debut it during the April 1–2 weekend, when he races at Tri-City Speedway in Granite City, Illinois, and Federated Auto Parts Raceway in at I-55 in Pevely, Missouri.

“We’ll run each design for a couple of months,” Wallace said. “The third design will be the blue-and-yellow one I had on my car when I won the Springfield Mile’s Illinois Street Stock State Championship.”

Kenny Wallace said he plans to stay closer to home in 2023, racing at tracks such as Tri-City Speedway and Federated Auto Parts Raceway at I-55.

“I’m going to do what Red Farmer and Buzzie Reutimann did — I’m going to race at my local tracks,” said Wallace. “I’ve got to slow down a bit. My bones are getting a little tired and it costs a lot of money to race the way I do.

“Don’t worry, I’ll still be racing in the years to come. I never raced regularly at my local tracks before. I’m looking forward to it starting in 2023.”