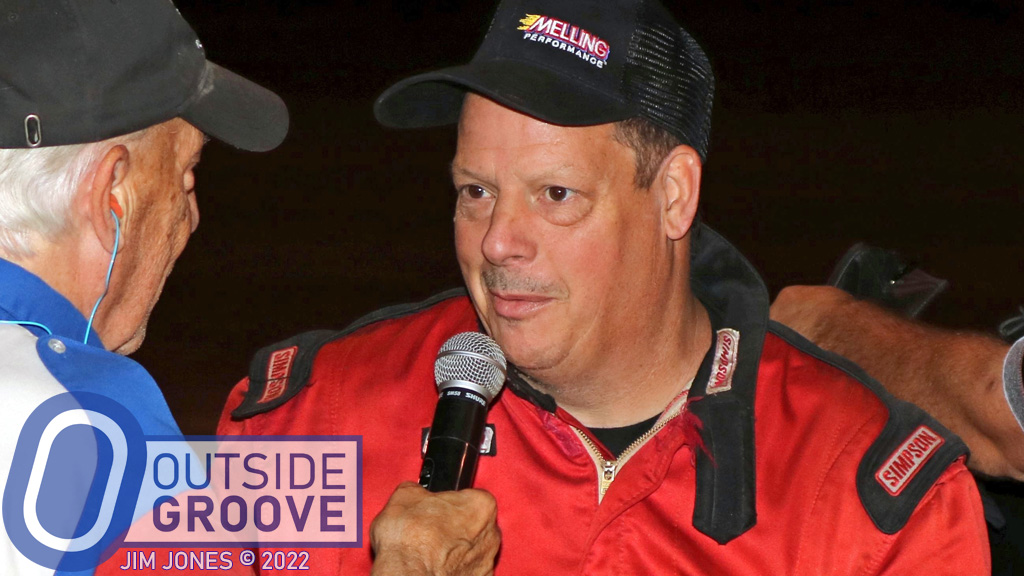 Curt Rhodes won three modified championships at Macon Speedway in Illinois. On Monday, at age 54, the Taylorville, Illinois, driver passed away after battling Covid-19. Friends remember the winning racer as someone who enjoyed helping others have success.

“Curt was well known and well liked,” said longtime Macon Speedway promoter Bob Sargent, “He was known for his kindness. He’d loan anyone parts or offer advice. Curt was well known for helping competitors work on their cars. He was not only a friend, but he was that guy willing to bring his car out for any media event or public appearance to help the track.”

Rodney Standerfer won a DIRTcar Summer Nationals feature at Macon Speedway, thanks in part to his friend of 30 years.

“When I blew up my engine, he told me to go to his house and get his brand-new, $30,000 Pro Power engine,” said Standerfer, of Summerfield, Illinois. “I was worried I would blow it up. He said, ‘Don’t worry about that.’”

Certainly Rhodes enjoyed when he won, too. According to Standerfer, Rhodes treasured two victories — a modified win at the 1-mile DuQuoin State Fairgrounds Racetrack and a modified win at 1/5-mile Macon Speedway when the Lucas Oil Late Model Dirt Series was in town.

“The best moment of his life was when [his son] Zach won his first feature in 2020,” Standerfer said. “He was all choked up. Curt was a guy who truly lived to race and raced to live.”

His passion for the sport and his friends often gets repeated.

“He was a die-hard racer,” said Don Jumper, of Impressive Race Cars in Hillsboro, Missouri. “He gave everything he had to the world of racing. It was his passion.”

Visitation will be held on Friday, February 4, 4-7 p.m., at the Sutton Memorial Home in Taylorville, Illinois. His wife, Katrina, has asked that all drivers in attendance wear their race suits.

Memorials may be made to the family to assist with funeral expenses in care of: