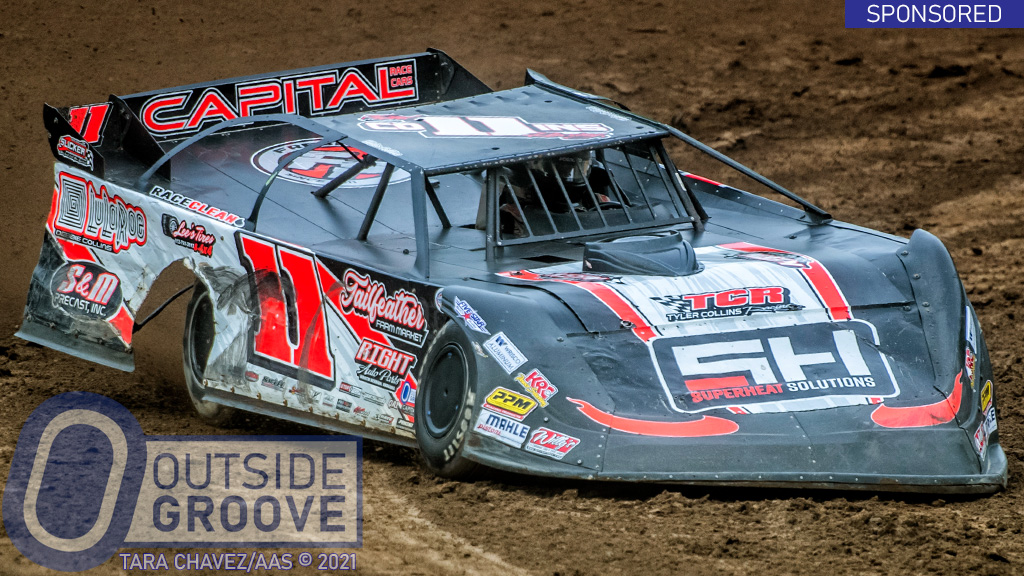 Last year, Tyler Collins struggled mightily as he attempted to follow the American All-Star Series Presented by PPM Racing Products schedule. However, the experience didn’t deter him. Instead, Collins worked hard to improve his operation. That effort resulted in six feature wins in 2021. Now, Collins looks to return to American All-Star Series competition on November 12–13 for the $15,000-to-win Crate Late Model National Championship at Volunteer Speedway in Bulls Gap, Tennessee.

“[Following the American All-Star Series was] something I wanted to do … to make myself better by going racing against some of the best,” said Tyler Collins, a seasoned veteran of 604 late model racing since 2017. “I didn’t have the equipment I thought I did when I bought the car I had [for the 2020 season].”

After the season concluded, Collins, 27, of North Vernon, Indiana, bought a new late model chassis from Capital Racecars. He encountered a string of bad luck when he first debuted it, but Collins broke through victory lane at the end of July.

“The first win I got this year was my grandpa’s memorial race [the Ted Collins Memorial at Twin Cities Raceway Park in North Vernon, Indiana],” Collins said. “That was the turnaround point. We ended up winning the next four races at Twin Cities. It helped us build a lot of confidence that we lost [last year].”

“I feel like we had a reputation of being kind of a field filler [last year in the American All-Star Series],” said Collins. “I don’t think anyone thought we had a shot to win — and rightfully so.

“This weekend, we’re there to compete [for the win]. We can show what we’ve learned over this past year.”